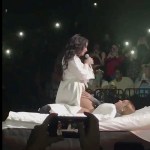 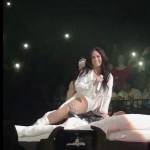 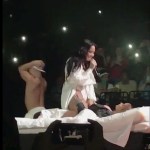 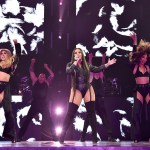 Ellen DeGeneres and Portia de Rossi have opened their hearts and more to Demi Lovato, as a new report claims the couple has stepped up big time to help their friend recover from her overdose.

Ellen DeGeneres, 60, and wife Portia de Rossi, 45, have committed an act of true friendship. The couple offered up their beach house to Demi Lovato, 25, once she gets out of rehab, so she can further recover from her July 24 overdose, according to the Aug. 8 issue of OK! Ellen and Portia are absolutely heartbroken over their friend Demi’s tragic relapse and are willing to do anything in their power to help. “It’s no exaggeration to say Ellen adores Demi. It breaks her heart to see the singer this way,” an insider told OK!

“Ellen told Demi that their beach house [in Santa Barbra, Calif.] is hers whenever she wants it. It’s close to nature and the perfect place to escape the pressures of Hollywood. They’ve also extended an invitation for her to stay at their L.A. place,” the source further told OK! Magazine. Ellen and Portia are offering up more than a place to stay. The insider goes on to say that Portia wants to introduce Demi to equestrian therapy and that, “Both she and Ellen are determined to help Demi recover.”

After Demi’s overdose, Hollywood and the rest of the world offered their love to the troubled singer. And it’s absolutely amazing that Ellen and Portia are willing to open their lives in order to help their friend in need. As we previously told you, Demi was reportedly found unconscious in her Hollywood Hills home on July 24 before she was rushed to Cedars Sinai Hospital. She was later released on Aug 4.

Then, on Aug. 5, the singer finally opened up about her overdose on Instagram, saying, “I now need time to heal and focus on my sobriety and road to recovery. The love you have all shown me will not be forgotten and I look forward to the day where I can say I came out on the other side.” Demi has yet to publicly accept Ellen and Portia’s alleged generous offer, but she must be comforted in the fact that, no matter what, she has a place to go and at least two incredible friends she can turn to.