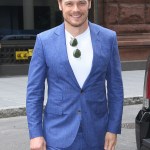 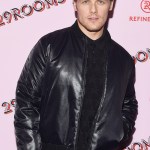 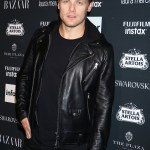 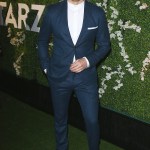 New couple alert! Sam Heughan, the hunky star of ‘Outlander,’ is dating Irish actress Amy Shiels, according to a new report. Do you ship these two!?

Sorry, ladies, but Sam Heughan is reportedly taken! The Outlander actor recently started seeing Amy Shiels, Us Weekly reports. Multiple sources confirmed the relationship to the magazine. However, this is not the first time the two, who’ve been friends for 10 years, have been romantically linked! Back in 2014, there was major speculation that Amy and Sam were dating after she liked a tweet that read, “There’s brangelina & now we also have “samy” for Sam Heughan and Amy Shiels #BeautifulCouple.” They were rumored to be dating once again in 2016, although they never commented on the reports at the time.

Amy was spotted supporting Sam at the premiere of his new movie, The Spy Who Dumped Me, on July 25 in Los Angeles, according to Us Weekly. That weekend, they hung out together at Chateau Marmont in West Hollywood. However, they did not indulge in any PDA on the outing, an eyewitness confirmed to US. Amy also showed Sam love on Twitter last month when she tweeted that he would be the “obvious choice” for the role of the next James Bond.

Fans of Outlander have been dying for Sam to date his co-star, Caitriona Balfe, in real life. However, she has been in a long term relationship with Tony McGill, and they got engaged earlier this year. Meanwhile, Sam started dating MacKenie Mauzy in 2016. Their breakup was never publicly reported, but it’s rumored that they split sometime in 2018.

As for Amy — little is known about her romantic history. She is best known for her role in the Twin Peaks TV series, although she has several other TV and film credits to her name, as well.