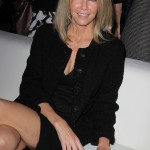 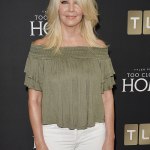 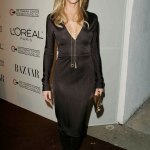 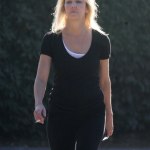 Tommy Lee, 55, must have finally caught up on his queue of Howard Stern episodes, because he unloaded a vicious message against the 64-year-old shock jock on Jan 25, a week after Stern blamed him for Heather Locklear’s latest crisis. “.@HowardStern Queen of media!,” Tommy tweeted, twisting Stern’s “King of all Media” nickname in a rather childish and misogynistic way. “How dare you blame me for Heathers recent troubles! That was like 24 years ago you idiot! #cowardsterntimewarp you should be wishing her well and not bashing me f*ckhead!!! Wtf is wrong with you? I normally don’t respond to this stuff..f*cking BS!!”

For those who don’t know, Heather was married to Tommy from 1986 to 1993. After breaking up with the Motley Crue member, Heather moved on to Bon Jovi guitarist Richie Sambora, 58, and the two were together from 1994 until 2007. Howard, after hearing about Heather was hospitalized after allegedly threatening to kill herself, blamed it on her marriages to these 80s hair metal superstars. “You know what drove this woman crazy?” he said on his show last week, per Radar Online. “She was married to Tommy Lee and Richie Sambora … they made her f*cking insane.”

Heather was arrested for the second time in four months on June 24. The Melrose Place actress was allegedly “heavily intoxicated” when police officials arrived at her home to investigate a “disturbance.” Heather allegedly punched one of the officers who attempted to separate her from family members at the scene, and she allegedly kicked an EMT who attempted to place her on a gurney. Following a hospital checkup, Heather was reportedly booked on $20,000 bail. Shortly after she was released from police custody, she was reportedly rushed to a hospital on June 25 after police received a call about a medical emergency.

.@HowardStern Queen of media! How dare you blame me for Heathers recent troubles! That was like 24 years ago you idiot! #cowardsterntimewarp you should be wishing her well and not bashing me fuckhead!!! Wtf is wrong with you? I normally don’t respond to this stuff..fucking BS!!

Tommy has his hands full with his own family drama. Ever since he and son Brandon Lee got into a fight in March 2018, the two have attacked each other online. On Father’s Day, Tommy honored his own dad while attacking his other ex-wife, Pamela Anderson, for spoiling their kids. Brandon clapped back at his father for making their drama public by asking “who’s the f*cking adult here?” Though, it seems that Tommy has decided to finally be the bigger man, as he’s reportedly planning to invite Brandon to his upcoming wedding. Tommy and Brittany Furlan, 31, will reportedly tie the knot on Valentine’s Day in 2019. Tommy supposedly hopes that by then, things will be chill between him and his eldest son. Will time heal all wounds? Will Tommy invite Howard Stern to the reception? We’ll have to wait and see.