Donald Trump is at it again. On June 22, the 72-year-old seemed to take a swipe at Blue Bloods star Tom Selleck, during a White House presentation that was supposed to be about immigration. The president was ramping up his fight against undocumented immigrants and brought out people whose loved ones had been killed by “illegal aliens,” as he said in his tweet. These grief-stricken relatives are called Angel Families and they were holding photos of their loved ones, before sharing their stories at the podium. But Trump managed to divert attention away from the real issue by bringing up Tom.

Agnes Gibboney was holding up a photo of her son Ronald who was shot to death in 2002. But, before she could even share her story, Donald joked, “This is Tom Selleck, except better looking, right? Better looking.” The photo also seemed to be autographed. At first glance it seems bizarre that he would target the 73-year-old TV star who is a known Republican. But, two days after the 2016 election, the former Magnum star went on The View and revealed that he didn’t vote for either Trump or Hillary Clinton, because he had “some problems.” He wrote in the name of a candidate not on the ballot.

So that could explain Trump’s reaction. Or he could have just compared the two because Agnes’ son had a mustache! Whatever the reason, the California-resident wasn’t offended and in fact went on to praise POTUS for his stance on immigration. 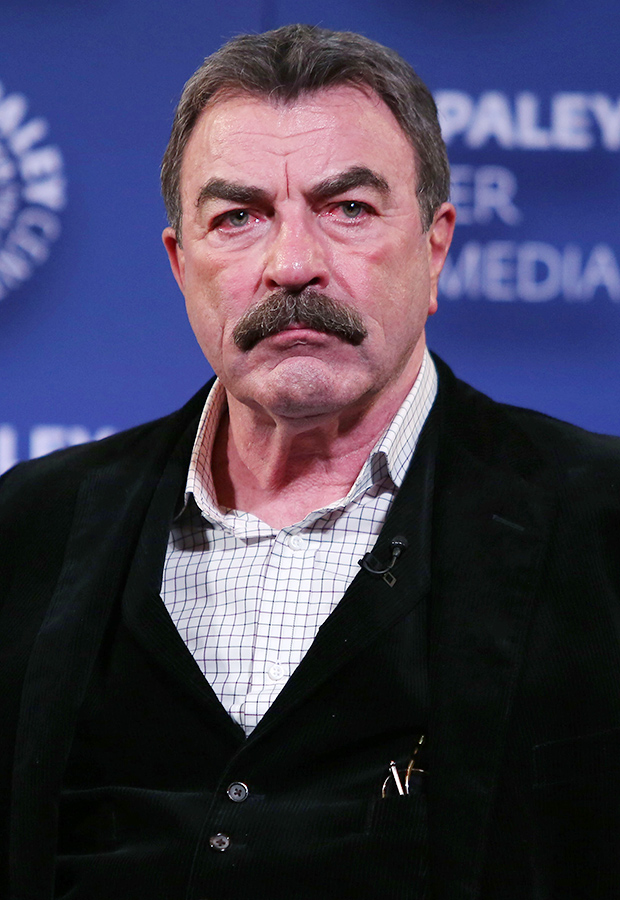 Agnes said, “President Trump. Thank you for always standing behind us. You’re the biggest birthday present I got and I’m still waiting for that shovel to help build the wall at the border.” She also told him that she’s “proud” of him and is “very honored to call you my president.” As for Tom, no word yet on what he thinks.