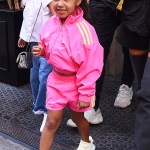 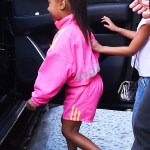 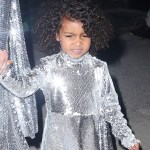 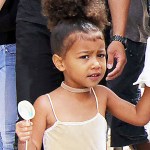 Like mother, like daughter? Kim Kardashian has had more hair makeovers than we can count — and it looks like little North may be following in her footsteps. Check out the four-year-old’s new ‘do!

It’s no secret that North West, 4, has a great head of hair. Whether she’s sporting her gorgeous natural curls down and around her face, wrapped up in twin buns or braided on both sides, Kim Kardashian and Kanye West‘s eldest daughter always looks adorable. So when she stepped out with her mom, Jonathan Cheban and a friend in NYC today, all eyes were on her super straight ponytail. Not even her bright pink outfit or the way she yelled, “No pictures!” at the paparazzi could distract from her new hairdo. Her shiny and sleek high pony was definitely different from what we’re used to seeing on Kim’s Insta, but still super cute.

Thanks to a 2016 episode of Keeping Up With the Kardashians, we all know that Kim hasn’t had the easiest time doing her daughter’s hair in the past. “North is so proud of her curly hair, and she’s very opinionated on how she wants to wear [it],” she said on the show. “As a mom, you don’t want to have to tell her, ‘I don’t know how to do your hair. It’s such a prideful thing to make her look pretty and make her look confident. It’s important to me.” After a lesson with a celebrity stylist, Kim pulled off a French braid and promised to keep working on it.

She’s has had a lot of time to practice by now — North turns five tomorrow — but this new ‘do is a lot like Kim’s go-to style. The mother of three is often seen with shiny, straigh-as-can-be locks whether she’s on the red carpet or on Instagram. We wonder whether North requested this look to match her mom. They have sported the same braids before, after all! Or maybe it was Kim who decided it was time to straighten her daughter’s curls. 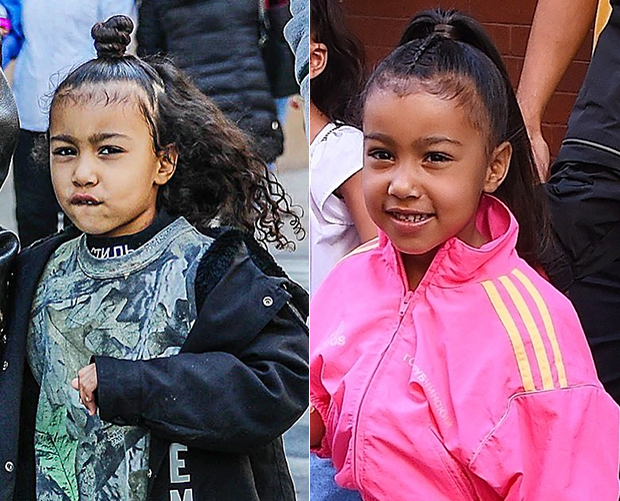 But when North wore her hair in a slicked-back pony for her joint birthday party with Penelope Disick last month, fans were quick to pounce, so will this new ‘do bring a fresh wave of controversy Kim’s way? Only time will tell…