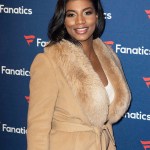 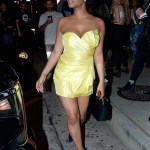 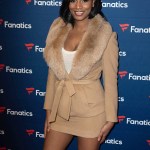 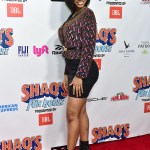 Love is in the air for Jesse Williams! While he’s technically still legally married to Aryn Drake-Lee, the actor has started dating Taylor Rooks, according to a new report.

Jesse Williams has a new lady in his life! The Grey’s Anatomy recently started dating Taylor Rooks, an anchor for SportsNet New York, according to Page Six. “They are eager to keep their romance under wraps,” the paper’s insider claims. “He’s been going through a difficult divorce, but he’s found solace with Taylor.” The two were spotted in Atlantic City over Memorial Day weekend, though, where they checked out Kevin Hart’s comedy show. Their jersey shore getaway reportedly only lasted 24 hours, but it was certainly a good place to get away from watchful eyes for a bit!

This rumored new relationship comes amidst Jesse’s divorce from Aryn Drake-Lee. The two split over a year ago in April 2017, but last summer, things got quite nasty in their proceedings. Jesse wasn’t pleased with the way Aryn was handling things when it came to their two kids, Sadie and Maceo, because he felt she wasn’t letting him spend enough time with them. So, the case was brought to a judge, who ruled for the parents to have joint legal custody in September. It wasn’t until March 2018, though, that Jesse was granted joint physical custody, as well.

Before Taylor, Jesse was linked to Minka Kelly, who he started dating in summer 2017. However, by the beginning of 2018, they ended their brief relationship. A February report from Star magazine also claimed he had a “flirty” relationship with Demi Lovato after meeting on the set of her music video for “Tell Me You Love Me” last fall, but it looks like nothing ever actually panned out romantically between them.

As for Taylor — she’s worked as a reporter for the Big Ten Network, and has served as host, reporter and anchor for SportsNet New York since Aug. 2016. She’s also worked for CBS Sports Network and SNY.