If you were wondering where Liam, Chris and Luke Hemsworth get their good genes from…look no further. Liam posted a photo with his parents on Instagram May 16, and it’s no wonder they produced such hunky children! The pic was quickly flooded with likes and comments, with dozens gushing over Liam’s dad, Craig Hemsworth, who put his muscles and abs on display while posing shirtless. “Climbed a mountain with the oldies this morning and came across a rattlesnake after telling my brother there were no rattlesnakes in this area!” Liam captioned the picture.

Fans were completely unfazed by the rattlesnake scare, though, and could not stop talking about Liam’s dad. “Whoa Papa Hemsworth is shredded,” one person wrote. Another added, “WTF I think the dad might be the hottest of them all and the mum is amazing. Explains so many things.” Others pointed out the “ridiculous genes” that were passed onto Liam and his brothers, while many questioned, “How is ur dad so fit at that age?”

“Wow! Super fit parents!” another Instagram user added in the comments section. “Good job to them.” The best one of all though? “Your Dad is a daddy.” Yup — accurate! 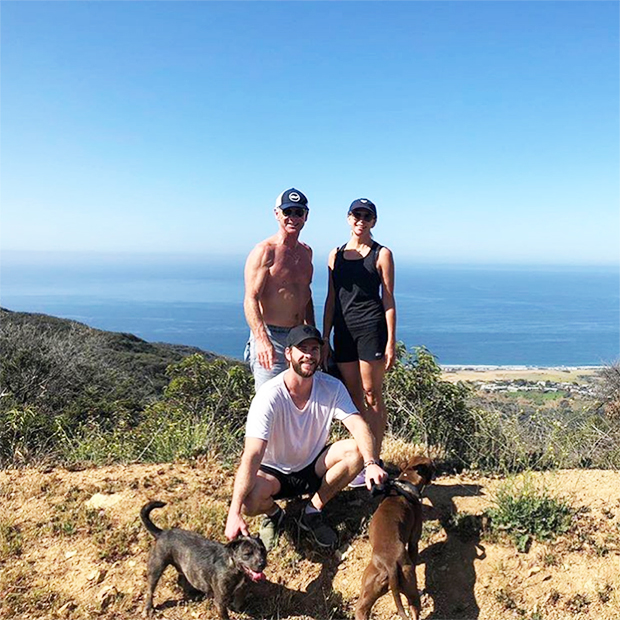 This isn’t the first time that the Internet has buzzed over the Hemsworth patriarch, either. Back in 2016, Chris and his dad went surfing, Craig had his ripped muscles on display once again, this time in a bathing suit. He’s also attended red carpets with his sons in the past. It can be confirmed: Yes, Mr. Hemsworth is one good-looking dude!