Get to know the 2018 Playmate of the Year for ‘Playboy’ — Nina Daniele! Here’s everything to know about the rising model.

Nina Daniele has been named Playboy’s Playmate of the Year for 2018! It’s an incredible honor, and one that means even more than ever considering she’s the first to take the title since Hugh Hefner’s death in 2017. “It means so much to me,” Nina gushes. “To not only be seen in my most vulnerable state, but to also be presented, in words, for who I am. That’s important to Playboy: How my brain works, how my heart works. Through Playboy, I was able to talk about how it feels to be a woman in today’s society.” Here’s more to know about Nina:

1. She’s educated. Nina graduated from college with a degree in Creative Writing and a concentration in Poetry. She admitted that a love of writing is what helped her get through school. “I’m a horrible test-taker,” she said. “I fell asleep during the SATs. Every test I’ve ever taken, I left the last page blank. It was only my abilities to express my thoughts semi-skillfully via pen and paper that helped me get by.” She found a love of modeling through her passion for fashion and photography.

2. She had much different plans before she finally started modeling. Before she began her modeling career in 2011, Nina had plans to join the Air Force after her college graduation. However, her boyfriend talked her out of it and helped her pursue modeling instead. “I’m so happy he did,” she admitted in 2014. “Because I don’t know how long I would have lasted!” 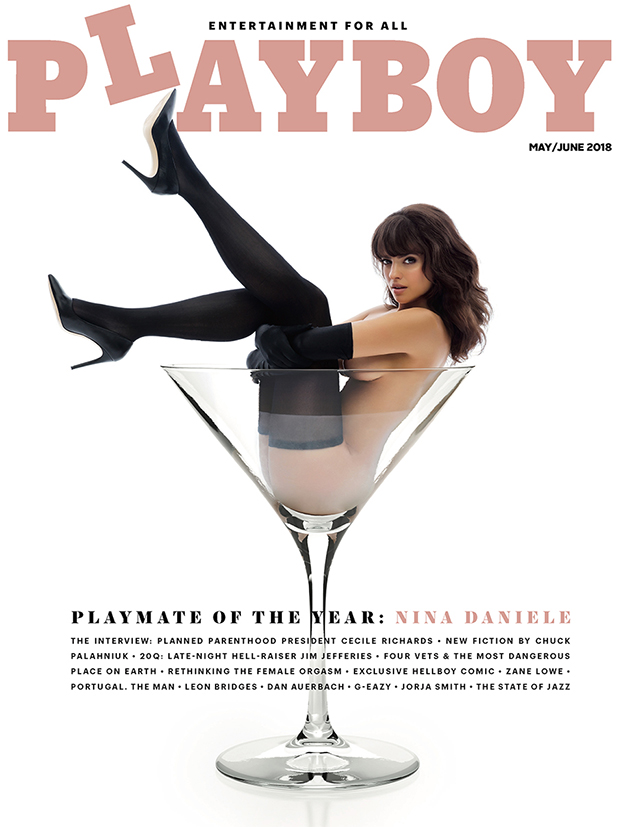 3. She’s worked for ‘Playboy’ before. Nina was Playboy’s Playmate of the Month in April 2017, so she’ familiar with the magazine!

4. She’s an animal lover. In a 2014 interview, Nina admitted that she had three cats and two dogs at the time. She also said that it’s her dream to open a sanctuary for dogs and cats on death row to live out their lives “free from pain, cages and neglect.”

5. Her boyfriend is also a model. Nina is dating fellow model, Jhanelle Castillo, who she’s been with for many years. They shot a campaign or Hudson Jeans together in 2016.