What a random celeb feud. Shia LaBeouf revealed in a new interview that there’s drama between him and Kanye West. Kanye even stole his clothes!

Shia LaBeouf, 31, told Esquire in their latest about his volatile friendship with Kanye West, who’s praised him one day, and dissed him the other. When Kanye had his concert meltdown in November 2016, the rapper called out Shia, nam checking the music video he directed for Kid Cudi. “Shia LaBeouf. Kid Cudi feels a way. Call him,” he said. Shia still has no idea what Kanye was talking about. So, apparently they’re in a one-sided feud. It’s extra strange, considering he and Kanye used to be super tight.

In an outtake from “No More Parties in L.A.”, Kanye rapped, “I wish I dressed as fresh as Shia LaBeouf.” Who knew that Shia was such a style star? Kanye was such an admirer that he once went to Shia’s house to discuss potential art collaborations, the actor revealed. Kanye asked him if he could use some of his clothes for a pop-up shop installation, including the authentic Indiana Jones hat given to him by Harrison Ford while working on Indiana Jones and the Kingdom of the Crystal Skull.

“Around the same time, I took my mom to his concert,” Shia said. “She is, of course, obsessed with Kanye West. When I brought her backstage, he was a f**king sweetheart to her. And it just felt fair. So I’m like, ‘Go for it, my guy. Take everything you want.’ And he did. He took all my f**king clothes. Me and him haven’t really been in contact since he blew up onstage and, you know, sh*t on me.” 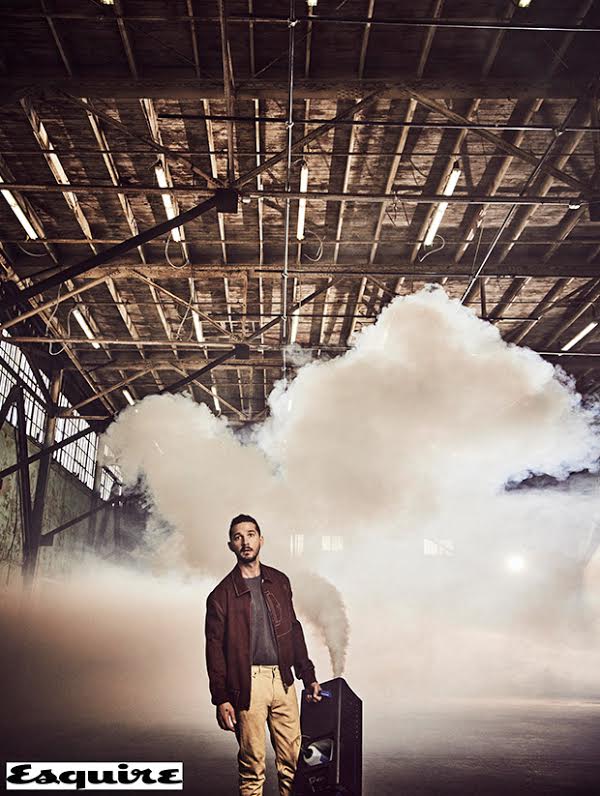 WTF! He told Esquire that he’s tried to reach out to Yeezy in the time since, but apparently hasn’t gotten a response. “Of course, bro. I f**king love Kanye West. He’s going through a lot. And I don’t know where he’s at or what he’s doing.” Kanye’s never given any of his stuff back, including the Indiana Jones swag. “The dude has a lot of my sh*t,” Shia said. Over summer 2017, Kanye was actually spotted wearing one of Shia’s hats! Kim Kardashian tweeted that Shia gave it to him, and that they were good friends. Uh…or Kanye took it and forgot to give it back? So weird!