The drama between Tommy Lee, son Brandon, 21, and ex-wife Pamela Anderson, 50, is taking its toll on the former couple’s other son Dylan, 20. He’s having to watch the family feud play out in public and wishes everyone would just stand down. Dylan posted a still shot to his Instagram stories that he was listening to LANY‘s song “Walk Away” and at this point it would be best for everyone involved to do just that. He even posted a broken heart emoji to show how much the situation is hurting him.

The problems began when Tommy laid into Pamela for discussing his 1998 assault on her that landed him in jail during a Piers Morgan interview over the weekend (he pleaded no contest and was sentenced to six months behind bars). He took cheap shots at his ex-wife on Twitter on March 5, writing “Think she’d find something new to discuss instead of rehashing old s*** but I guess she has nothing else going on & needs attention. Signed, ‘The Abuser’ (who she texts everyday & asks for me back).” That allegedly pushed Brandon’s buttons to come to his mother’s defense.

Tommy showed off a fat lip and bloody mouth in an Instagram pic on March 6 and claimed that Brandon gave it to him.“My heart is broken. You can give your kids everything they could ever want in their entire lives and they can still turn against you. Good job Brandon! Great son,” he wrote in the caption. He later deleted the photo after fans called him out for making an ugly private family situation public.

He still maintained that his son was an aggressor on his Twitter account. TMZ reported that Brandon acted in self-defense when an allegedly drunk Tommy lunged at him, but the Motley Crue drummer is telling a different story. He tweeted, “My fiancée and I were in bed when my son busted into the room and assaulted me. I asked him to leave the house and he knocked me unconscious. He ran away from the police. THAT’S the truth.” Sheriff’s deputies did respond to his Calabasas home and took a report about a possible battery after Tommy’s fiancée Brittany Furlan, 31, called 911 the night of March 5 about the alleged fight. Between the dramatic contents of that call and Tommy making social media accusations about Brandon, no wonder Dylan is so upset. 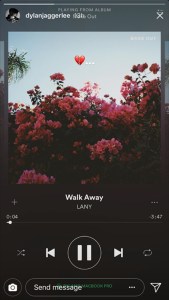