There’s nothing holding them back! Sofia Richie and Scott Disick looked united on their latest date on Feb. 22, just days after her dad, Lionel, threw major shade at their relationship.

Scott Disick, 34, and Sofia Richie, 19, were spotted heading to Nobu in Malibu on Feb. 22. The couple’s latest date out was a casual one. Sofia was wearing a brown sweater and jeans, while Scott was in a black sweatshirt and jeans. On the same day, Sofia and Scott were seen a shopping trip at Barney’s in Beverly Hills. Their newest reunion went down almost a week after Sofia’s dad, Lionel Richie, 68, dissed the couple’s relationship. “It’s just a phase and I’m going to stand real still in the corner, get me a good drink and not make too much noise,” the Grammy winner told The Daily Telegraph.

Well, Sofia and Scott are proving that it’s not just a phase, even though there’s a 15-year age difference between them. The couple has been hot and heavy for months now. Sofia is Scott’s first serious relationship since his split from Kourtney Kardashian, 38, in 2015. They recently celebrated Valentine’s Day together, with Sofia calling Scott her “babe.” Aren’t they cute?

Scott has really settled down with Sofia. HollywoodLife learned EXCLUSIVELY from a source close to Scott that he thinks Sofia is a better fit for him than Kourtney. Our source revealed that Scott loves that Sofia “doesn’t try to control” him at all, and she’s one of “the most laid back people ever.” Giving Scott such freedom not has him “more in line that he’s ever been. Now that there are no rules he feels like he doesn’t need to rebel, it’s like Sofia’s found the secret code or something.” Maybe Scott’s found “The One” in Sofia! 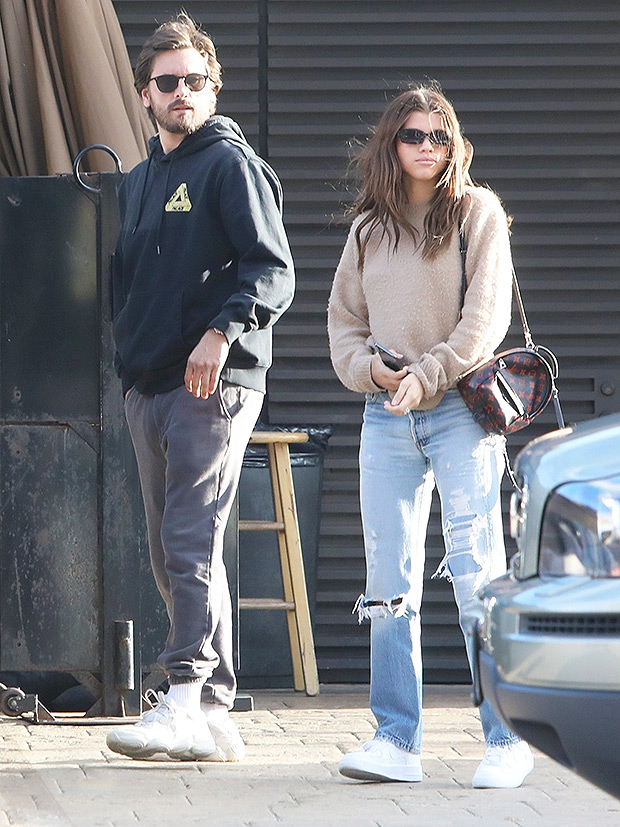 HollywoodLifers, do you think Scott and Sofia will last? Or do you think it’s just a phase, too? Let us know!