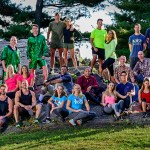 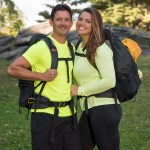 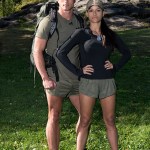 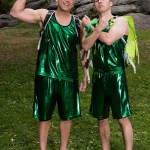 Cody and Jessica share their secrets to excelling on ‘The Amazing Race.’ Plus, how did it compare to ‘Big Brother’? Who’s getting a wedding invite? And more!

Jessica Graf and Cody Nickson didn’t have the best results when they competed on Big Brother, but they made up for it with an incredible performance on The Amazing Race! The now-engaged couple was declared the winner of season 30 after the Aug. 21 episode, and it all came down to Jess figuring out the right pieces she needed to put together an airplane puzzle. The task required Jess, Jen and Henry to remember specifics from each leg of the three-week race. “What a lot of people didn’t see is that Jessica, throughout the race, was our mental challenge advisor,” Cody told HollywoodLife EXCLUSIVELY. “After each leg, she would spend an hour in a notebook, writing down everything that she saw throughout the leg. So, if we came to this [final] challenge, she’d done all the homework and studying. If it was me on that last challenge we would NOT have won that million dollars.”

Still, the pressure was ON as Jess took on that final challenge, and she revealed to us how she was able to keep a cool head and finish. “It definitely helps that the competition was a lot of fun,” she said. “Even though there was so much pressure on my shoulders. I just kind of…didn’t give up at any point in time. If something was wrong, I tried a different combination and checked it. You know, eventually you’re going to get it right! So I stayed consistent with my work and didn’t waste any time. I stayed focused. I also talked out loud a lot, which helped me.”

The reality stars were dating for less than a year at the time they started competing in the Race, but were able to work together seamlessly and always seemed to be on the same page. “Every time you see a new challenge [on The Amazing Race], you have to be come an expert immediately, whatever it is,” Cody explained. “So as far as strategy going into challenges…that’s difficult to do. We just knew that whenever we were faced with something, that we had to make a swift and deliberate decision. We didn’t ponder on it too much. We made a decision and went with it and if it was wrong we just chose the other thing and went for it.”

Cody, what was it like having to sit back and watch as Jess did the final task? That’s the most emotion you’ll see in me — ever. From where we’re standing, I can kind of see what she’s doing, where she’s making mistakes and where she’s not. And I saw one glaring mistake that she had made right off the bat. Obviously, she fixed it, but when I see it and can’t say anything…it sucks.

What was most unexpectedly difficult for you guys? (JESS) It’s just EXHAUSTING. It’s three weeks of non-stop running around the world and we found ourselves extremely dehydrated at one point. A lot of the time, my knees all the way down to my feet were really swollen from all the traveling.

How did it compare to ‘Big Brother’? (JESS) You can’t even compare the two. They’re polar opposite concepts. One you’re trapped in a house with a bunch of people and the other you’re traveling the world). (CODY) For me, in Big Brother, they can strip you of your ability to compete and throw you off. The worst thing they can do on The Amazing Race is make you double compete with a U-Turn…

How did the show change your relationship? (CODY) It just reaffirmed everything we knew about each other. All the good things.

Cody, how did you know last week was the right time to propose? There was no timing with it. I’d been designing a ring and the second he sent it to me and I got it….I had it for maybe an hour before I proposed to Jessica.

Who will be invited to the wedding? Definitely Team IndyCar (Alex and Conor) and Team Extreme (Jen and Kristi). We’ll probably just do something here in LA.

HollywoodLifers, were you surprised Jessica and Cody won The Amazing Race!?