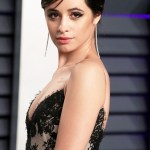 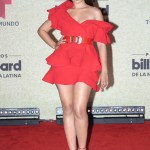 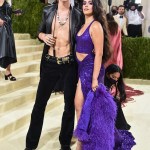 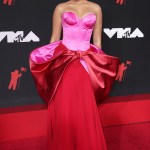 After Hailey Baldwin quote tweeted something with Camila Cabello’s name in it, people started questioning if there’s drama between the two over Shawn Mendes — whom they’ve both ignited romance rumors with.

Is there bad blood between Camila Cabello, 20, and Hailey Baldwin, 21? Fans think they’re fighting over Shawn Mendes, 19, but that’s not the case at all — although we understand why people think there might be. Hailey and Shawn have been igniting romance rumors for months now. They’ve taken romantic strolls in Canada, cuddled at concerts, and even had fans questioning if they got engaged. But they’ve never actually confirmed that they’re a couple.

Meanwhile, Camila and Shawn’s adorable friendship has their fans shipping them HARD. They recently reignited relationship rumors when they were spotted holding hands at dinner in NYC on Jan. 28 — but the myth has been circulating for far longer. In fact, people love them together so much that Riverdale star Camila Mendes, 23, once spoke out on The Late Late Show about how people constantly confuse her Twitter for a verified fan account dedicated to the couple. She also pinned this message to the top of her feed for a while: “just a Camila Mendes standing in front of the Twitterverse asking it to stop thinking she’s a fan account for Camila Cabello & Shawn Mendes.” Poor Cami.

So, as J-14 pointed out, when the model tweeted something with the “Havana” singer’s name in it, people thought it could be a diss over some sort of love triangle drama. On her social media account, Hailey called out W magazine for writing a post about people who have modeled for GUESS, and seemingly left her off the list despite her working with the brand four times. Camila, who modeled for the company recently, was included in W‘s tweet, so people speculated Hailey could have been throwing shade — which was heightened further when she deleted the tweet. But, she might’ve just taken the message down so that people wouldn’t think she was dissing the “Crying In The Club” singer, or because she had a change of heart over slamming the magazine. After all, her cousin Ireland Baldwin, 22, was featured, so she might have felt bad for slamming the magazine after realizing it chose to recognize a family member. Basically, there’s no drama going on between Hailey and Camila — especially not over Shawn.

Hailey Baldwin tweeted and deleted this after W Magazine excluded her in an article that listed all their GUESS models. pic.twitter.com/uOO6xoropm

HollywoodLifers, are you happy to know that there’s no boy drama between Camila and Hailey?