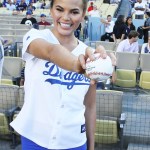 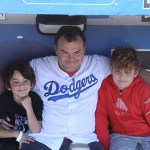 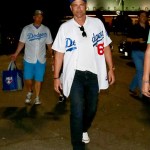 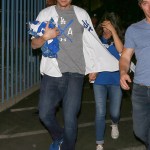 The stands at Dodgers Stadium are going to be so celebrity packed, the World Series is going to look like an awards show! We’ve got Rihanna, Chrissy Teigen and more stars who will be cheering on LA’s team.

When it comes to baseball, there is no team that has a bigger celebrity following than the Los Angeles Dodgers. Now that they’ve made it to the World Series for the first time in 29 years, the stands will be packed with stars wearing the team’s iconic jersey and cheering on the boys in blue. Even in the years when the squad wasn’t so strong, so many Hollywood greats have been seen in the stands at Chavez Ravine, and now that they’re battling for the MLB Championship against the Houston Astros, they will be out in force even more!

The Dodgers sure have the best looking fans, as they count superstar Rihanna, 29, actress Jessica Alba, 36, handsome Rob Lowe, 53, and gorgeous former soccer star David Beckham, 42, as regulars at their games. Model Chrissy Teigen, 31. showed her love for the team by throwing out the ceremonial first pitch at a game in 2014 and no doubt she and hubby John Legend, 38, will be cheering on the Dodgers. Another couple who can argue for biggest fan bragging rights is Mila Kunis, 34 and husband Ashton Kutcher, 39. They’ve made attending Dodgers games a regular date night event ever since their romance began in 2012. We can definitely expect to see them in the stands rooting on their home team against the Astros. See pics of more celebrity Dodgers fans, here.

Comic stars LOVE the Dodgers, and the likes of Will Ferrell, 50, Jack Black, 48, Danny DeVito, 72, Jason Bateman, 48, and Modern Family‘s Eric Stonestreet, 46, all bleed Dodger Blue and have been a regular presence at the team’s games. Movie icon Samuel L. Jackson, 68, is a fan of the team and has even hung out in the dugout with the players! Oh man, we can’t wait for game one of the World Series on Oct. 24, because the camera cutaways to the celebrity fans is going to be off the charts!

Getting my @Dodgers started!

HollywoodLifers, who are YOU rooting for in the World Series, the Dodgers or the Astros?