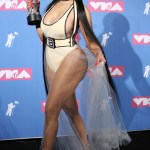 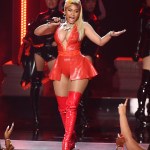 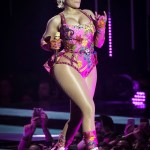 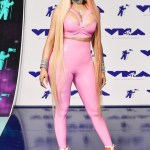 There are wardrobe malfunctions and then there is what happened to Nicki Minaj at the 2017 VMAs. Nicki wore a pink latex outfit that caused a tiny camel toe and an insider told HollywoodLife.com EXCLUSIVELY she feels totally awkward about it!

Nicki Minaj, 34, looked drop dead gorgeous at the 2017 MTV Video Music Awards on Aug. 27, with one tiny exception: her camel toe. The “Anaconda” singer donned a form-fitting bubble gum pink two-piece latex outfit that left little to the imagination and gave fans a good look at her awkward wardrobe malfunction. Of course the singer was totally appalled when she saw the pics of how she looked, but soon relaxed when she realized the hilarity of the situation.

“Nicki is embarrassed by her major camel toe at the VMAs,” an insider told HollywoodLife.com EXCLUSIVELY. “She had no idea it would be that obvious until she was under the lights and camera and by that time it was too late. Her phone was blowing up all night afterward with friends teasing her. After the embarrassment quickly wore off, she had a good laugh about the pink outfit which she vowed to never wear again.” Uh, yeah, we would but that outfit in the back of our close too!

Nicki moved on to more important things at the VMAs, like giving an amazing performance of “Swish Swish” with host Katy Perry, 32, and then being subtly dissed my her nemesis Remy Ma, 37, who is clearly trying to throw some more fuel on the fire of their feud. But Nicki’s outfit will probably go down as one of the most memorable VMAs fashion mistakes of all time. And that’s really saying something. Check out some of the craziest VMAs looks ever right here.

HollywoodLifers, what do you think of Nicki’s awkward camel toe incident? Let us know below!