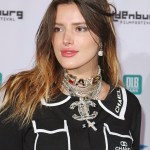 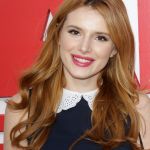 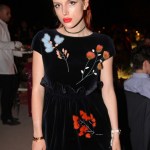 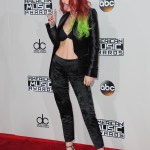 It’s been 14 years since Bella Thorne started working in Hollywood, and a lot has certainly changed since then — including her look! Check out Bella’s wild transformation from a tween sensation to the sexy star she is today!

Bella Thorne, 19, has been acting since she was just six years old, but she got her big break at age 12, when she starred in season 4 of HBO’s Big Love, then landed her own show, Shake It Up, on Disney Channel. It’s hard to believe that so much can change in just seven years, but Bella is practically unrecognizable from the pre-teen she was when she first got famous! In recent years, the Famous in Love star has transformed from an innocent-looking girl, into an edgy young-woman, and it’s been quite a transformation. Click through the gallery above to see just how much Bella has changed in the last seven years!

These days, it’s common to see Bella out in public wearing minimal clothing. From sheer bra tops to corsets and super short skirts and shorts, we’ve gotten used to seeing a lot of the 19-year-old’s skin. She’s even not afraid to let her nipples show in public, putting her nipple rings on full display quite often! There’s also been a major change to Bella’s hairstyle — when she first broke out as a star, she consistently had light, reddish-blonde locks. Now, it’s like she dyes her hair a different color every time she steps out the door! From teal to bright pink and dark black, we’ve seen Bella’s head almost every color of the rainbow at this point!

Aside from her fashion and hair, Bella’s also wearing much darker and out-there makeup these days, and she’s added a very eccentric nose piercing, too. Check out the transformation photos above!

HollywoodLifers, are you shocked at how much Bella has changed?!