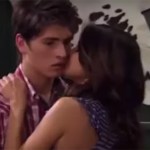 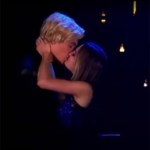 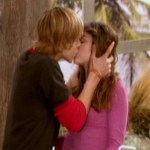 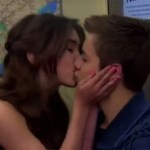 There’s nothing better than seeing the onscreen cuties you’re shipping so hard finally get together. From Troy and Gabriella, to Cory and Topanga, these are the very best Disney Channel kisses!

Oh, young love! Watching Disney Channel basically gave us unrealistic expectations for relationships, because every couple on the network — whether it was 20 years ago or yesterday — is basically perfect. Admit it; you have a favorite fictional couple or two on the Disney Channel whose happiness you’re personally invested in. It’s what gets you through the school day and keeps you sane while counting down to the next DCOM! Maybe it’s one of these iconic duos who finally kissed, and it made everything magical. In no order:

The OG Disney Channel love story! Many of you may just recognize Cory (Ben Savage) and Topanga (Danielle Fishel) as Riley’s parents, but once upon a time, they were just a couple kids in love. From the very beginning of Boy Meets World, it was a will-they won’t-they situation between goofy Cory and brainy Topanga. Wacky hijinks ensue, and then one day, they finally wind up kissing! Or, at least Topanga kisses Cory; he was too scared to do it! Fun fact: this was both Ben and Danielle’s first kiss IRL.

We had to wait through two full movies to finally see Troy (Zac Efron) and Gabriella (Vanessa Hudgens) kiss! In High School Musical 2, there’s tons of false starts, but Troy and Gabriella seal the deal after tons of meddling by Sharpay. It’s heartwarming proof that love doesn’t care whether you’re a nerd, or a jock. Love who you love!

Seriously, this chemistry was so hot that it’s crazy it didn’t melt the snow. The pampered princess (Dove Cameron) turned snowboarding pro and the down-on-his-luck instructor (Luke Benward) obviously fell in love after they each helped each other realize their true potential. Sparks flew!

It’s like HSM all over again — we had to wait through two movies to see Mitchie (Demi Lovato) and Shane (Joe Jonas) lock lips! The sequel brought the two singers back to their camp for another jam, but they sadly didn’t win this time. They didn’t walk away as losers, though; their heartbreaking goodbye on the last night of camp ends with a major kiss. We cried, now admit you did, too!

The kiss that almost wasn’t! Just like her parents Cory and Topanga, Riley (Rowan Blanchard) has one of the best Disney Channel kisses. Riley went on a nerve-wracking first date with her crush, Lucas (Peyton Meyer), on Girl Meets World, but it fizzles out while they’re on the subway. Lucas is totally sweet about it, but they’re both disappointed. The subway jerks, and Riley ends up on Lucas’ lap — and they totally kiss!

Hot actor Jake (Cody Linley) and Miley (Miley Cyrus) kiss on the boardwalk after flirting hard. But Jake ruins the moment by revealing that he got a part in a movie, and won’t be back for four months! Miley gives him “a little something extra to remember me by” — a shove off the wall into the sand!

Alex (Selena Gomez) is relentlessly pursued by British cutie Mason (Gregg Sulkin). Poor her, right? During a totally normal square dance session, Alex falls bumps into him, and the mood changes. This isn’t the only time they kiss on this show, but it’s definitely the most adorable! Yee-haw!

Okay, so these two kiss a lot. But there’s some standouts for the couple kids have christened “Auslly” (clever). Their epic prom scene comes to mind. Austin (Ross Lynch) and Ally (Laura Marano) are slow dancing at prom, where he asks her to prom. Their dance floor kiss is so sweet!

Demi Lovato is on this list twice, lucky girl! Sonny (Demi) and Chad (Sterling Knight) are breaking up, and it’s pretty much the saddest thing we’ve ever seen. But thank god we didn’t turn off the TV, because things turned around in a major way. Their breakup is amicable and mutual, but they’re still sad. Chad asks her if friends can still hug…and you know where this goes!

This is so awkward, but the payoff is so good! Teddy (Bridgit Mendler) and Spencer (Shane Harper) are trying to deny their feelings for each other while saying goodbye, but their awkwardness is too much! They agree that they’re going to be “just friends.” Psych! How cute is it that these two dated IRL?

HollywoodLifers, which Disney Channel couple shared the best kiss of all time? Let us know!