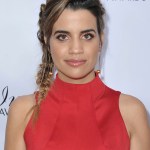 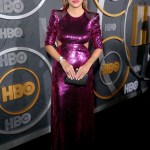 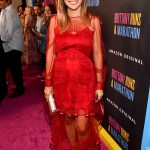 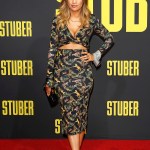 Actress Natalie Morales bravely revealed that she is queer in a captivating, raw and honest essay. Read all the details on why she chose to make this brave decision, here!

The Grinder star Natalie Morales, 32, took a leap of faith when she bravely came out as queer in a revealing essay she wrote on the blog, Amy Poehler’s Smart Girls. The beauty defined queer as not being straight and explained how she’s attracted to people, not their gender. She shared humbling words about her first intimate romantic feelings and experiences with other women in both her childhood and teen years. The Parks and Recreation actress also went on to say that while she wants to remain a very private person, she feels it’s important to let people know who she really is so it can maybe help others going through similar situations.

Natalie also took to Twitter to post the link to her essay and captioned it à la Diana Ross’ song, “I’m Coming Out” with the words “I’m coming out. I want the world to know. #PrideMonth” She’s already been met with tons of support and praise from her followers including celebrities like Busy Phillips and Mara Wilson, and we’re pretty sure it will only continue. With the amount of celebrities choosing to take the brave step to be open about their sexuality these days, it’s starting to become a heartwarming and encouraging common occurrence.

Natalie made headlines back in Apr. 2017 when she was rumored to be dating singing superstar John Mayer, 39. We have a feeling that no matter how many more rumors come up about her dating life, she’ll keep the details hush hush. As she explained in her essay, she doesn’t want you to know who she’s dating, just that she’s dating someone and it could be ANYONE. We have to agree with her when she says that’s exactly how it should be.

I'm coming out. I want the world to know. #PrideMonth https://t.co/XTjpMsk9kT

Natalie! This is awesome and so beautiful written! Sending you so much love!!! ❤️🏳️‍🌈

This is so sweet. And welcome!

HollywoodLifers, how do you feel about Natalie’s brave decision to come out? Let us know here!