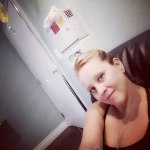 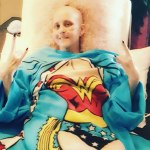 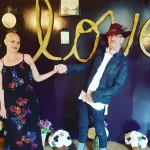 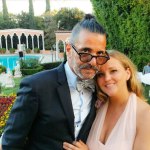 This is devastating. Lady Gaga‘s close friend Sonja Durham reportedly died on May 19, after battling stage IV brain cancer. The two formed an extremely close bond, as the singer’s 2016 album Joanne features a bonus track, “Grigio Girls,” which is inspired by her dear friend. Gaga took to Instagram to gush over her unforgettable bond with her former assistant, sharing a photo of Sonja alongside a tribute. “Watching one of my best friends in the world show unfathomable courage, strength, and positivity while battling cancer has really changed my life,” she wrote.

“Thank you Sonja for inspiring me and all of us everyday with your joy,” Gaga continued in her emotional caption, confirming the news. “I love you so much it brings tears to my eyes just to think of all the years we’ve spent together backstage running the show, taking care of each other. You are one of a kind. I’m so proud of you. And you and Andre [Dubois], your unbreakable beautiful love is what life is all about. You can see it in this photo. Wanted to share this with the world and show them what true beauty looks like. ❤#grigiogirls #sonjadurham. I love you so much.” Andre also took to social media, announcing that she died “peacefully and beautifully” in their home.

Sonja also previously battled breast cancer. To honor her strength and bravery, Gaga dedicated an acoustic version of her song “Edge of Glory” to Sonja during her headlining set on weekend two of Coachella 2017. While fighting back tears, the songstress explained to the audience, “My friend Sonja is very sick and I love her so much and if it’s okay with you, I’d like to sing this song for her. I’m sorry you don’t feel well,” she said, mid-song. “We all wish you were here with us.”

Sonja used to work as Gaga’s assistant and the ladies were two peas in a pod. The two formed an undeniable connection, having been friends for almost a decade. Two months ago, Gaga helped plan Sonja’s wedding to Andre, before attending the ceremony. The singer was photographed kissing Sonja’s cheek after getting her makeup and hair done for her dream wedding. They managed to pull off the nuptials in two weeks and Sonja later thanked her “guardian angel” Gaga. Even though Sonja passed away, her memory will never be forgotten.

#RIPSonja. She was such a strong and beautiful soul. pic.twitter.com/qfn7vzzZYY