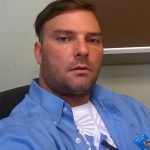 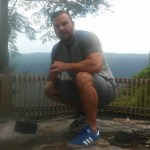 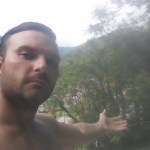 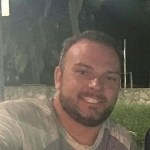 This is so tragic. Ashley McNeely, who competed on ‘A Shot At Love With Tila Tequila,’ was found dead in his hometown of West Virginia. He was only 35 years old.

Former MTV star Ashley McNeely has died at the age of 35, police confirmed to HollywoodLife.com. The reality star was discovered dead in Beckley, West Virginia on May 4, but cause of death is still unclear. “At this point, we do not suspect foul play, as there were no suspicious circumstances present at the scene,” West Virginia Police Dept. Lieutenant, David Allard, tells HollywoodLife.com EXCLUSIVELY. However, he adds that a toxicology report is “pending,” and that prescription meds and “drug paraphernalia” was found at the scene.

Ashley appeared on A Shot At Love With Tila Tequila in 2007, but was eliminated by Tila Tequila in the fourth episode, after she felt he was falling in love with her too quickly. His reality TV career didn’t end there, though — in 2008, Ashley went on to star in That’s Amore, a Shot At Love spin-off featured contestant Domenico Nesci, who was sent home by Tila and trying to find love for himself. Ashley served as an advisor as Domenico tried to find his soulmate.

Before his MTV fame, Ashley was actually on television on a much bigger platform — he helped Ryan Seacrest and Ken Baker ring in the New Year on New Year’s Eve Live From Times Square With Ryan Seacrest in 2004.

Tila has not yet publicly commented on this tragedy. Our thoughts are with Ashley’s loved ones during this difficult time.

HollywoodLifers, leave your thoughts for Ashley’s family and loved ones in the comments section below.