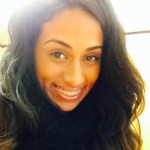 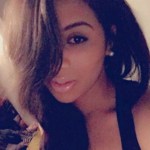 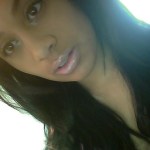 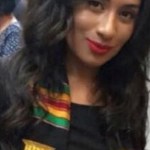 Say it ain’t so! Carmelo Anthony’s alleged mistress, Mia Angel Burks, supposedly got pregnant to ‘hustle’ money from the NBA player. One of Mia’s friends put her on blast on April 20, claiming she ‘wanted’ the baby in order to get some dough.

Chicago-based educator Mia Angel Burks allegedly got pregnant with Carmelo Anthony‘s, 32, child to “hustle” money from the New York Knicks player. A few days ago, it was revealed that he and La La Anthony, 37, have sadly split, after seven years of marriage. Now, a friend of his alleged mistress named Anthony Jacobs, spilled all the tea during an explosive radio interview with local Chicago radio station WGCI-FM on April 20. Mia is supposedly four to five months pregnant and also bought her own tickets to fly to NYC to meet Carmelo and have sex.

Mia’s (probably now) ex-friend claims she’s very educated and has two masters degrees from Northwestern University. Anthony says that it’s time for the world to know the truth, since the previous report about Carmelo getting a “stripper pregnant is false.” The girl used to date Lil Durk and “mess with” Ryan Henry from Black Ink Chicago, and she’s still looking for a “guy to hold her down.” As far as the alleged pregnancy goes, Anthony claims Mia probably “wanted it.”

“Mia met Carmelo at Room Seven, a club in Chicago,” when he was here for the NBA draft doing press. “There was a lot of athletes and pretty girls,” Anthony told the station. “She’s not a stripper…I’ve known that [they’ve dated] for some months now.” It’s unclear how Anthony knows this information or if Mia actually executed some well-thought out plan. “Mia seems low-key and doesn’t obsess over Carmelo,” Anthony said. “She was more giddy about it than anything.”

Anthony did add that Mia wasn’t intending to break up Carmelo and La La Anthony‘s marriage. However, it looks like that ship has sailed for now as La La Anthony was spotted without her massive wedding ring, April 18, just one day after she and Carmelo’s split went public.

HollywoodLifers, what do you make of Anthony’s shocking claims? Tell us!