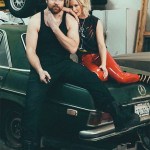 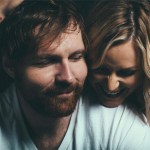 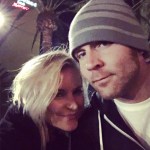 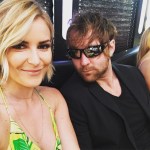 “Marriage is nice,” Renee Young, 31, tweeted in the early hours of April 12, confirming what many WWE fans had suspected: that she and Dean Ambrose, 31, had taken the plunge. “Thanks for all the love,” the WWE’s star interviewer and commentator said to all her fans who were sending sweet messages. Aww.

It seems that you can’t get anything past the WWE Universe (the name for the fans of the sports entertainment company.) When Dean appeared on the April 10 episode of RAW, the Intercontinental Champion was sporting some gold not around his waist – but around his wedding finger! Internet sleuths guessed that after around three years of dating, the two decided to become husband and wife.

Dean and Renee’s fellow Superstars seemed to let the cat out of the bag on the April 11 episode of Talking Smack, the post-Smackdown! Live talk show hosted by Renee. Dolph Ziggler, 36, asked her “what’s wrong with your fingers?” while alluding to her new ring, according to Cageside Seats. SmackDown’s newest acquisition, Kevin Owens, 32, also ruined the secret.

“By the way, congratulations,” he told Renee. “You know why I’m saying congratulations.” KO asked if he was “allowed” to disclose that she was married, but SmackDown commissioner Shane McMahon, 47, shot that idea down. Too late! The fans were all over that.

Dean (real name Jonathan Good) joined the WWE in 2011, after a prolific independent wrestling career as Jon Moxley. After a short stint in Florida Championship Wrestling (the precursor to the WWE’s NXT developmental program) he made his main roster debut in 2012 alongside Seth Rollins, 30, and Roman Reigns, 31, as part of The Shield. Renee (born Renee Paquette) worked as part of The Score Television Network in her native country of Canada before joining the WWE in 2012.

Dean and Renee’s secret marriage is completely opposite of what happened to John Cena, 39, and Nikki Bella, 33. While Dean and Renee tied the knot while no one was looking, all eyes were on the WWE’s power couple as John proposed to Nikki during WrestleMania 33. However, unlike “Macho Man” Randy Savage and Miss Elizabeth, John and Nikki are not planning to get married in front of a WWE camera.

Congratulations to Dean and Renee! HollywoodLifers, did you spot Dean’s ring when he was wrestling…in the ring? Are you happy that these two are married? Leave your congratulations below.