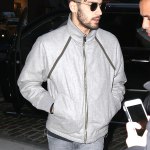 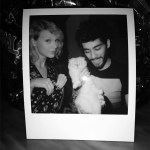 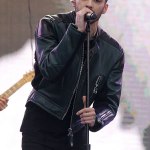 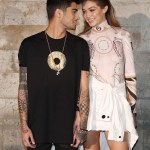 Our hearts melted after seeing Liam Payne’s adorable birthday message to Zayn Malik! Z turned 24, Jan. 12, and his former One Direction bandmate couldn’t help but send him some love! See the epic message here, and find out how the internet took the 1D bromance…

Liam Payne, 23, and Zayn Malik, 24 — The sweet bromance that our just hearts can’t handle! Liam wish Z a very happy birthday on Twitter, Jan. 12, and now we’ve got One Direction on repeat… how did this happen?! LOL.

“Happy birthday bro!,” Liam said to his former bandmate, adding, “Hope all is well and you have a good day celebrating it”. Liam added some party emojis, which included a champagne bottle, and it was seriously so cute! Will they celebrate together?!…

After Liam’s sweet message to Zayn, One Direction fans simply couldn’t handle the cute moment between the former bandmates. Some fans even speculated a 1D reconciliation! But, let’s not get carried away here… Although we’d love that, it’s just a “Happy Birthday”, guys! Twitter users replied to Liam’s message expressing their emotions over the fact that the two are still close. Fans admitted that they were crying and stricken with overwhelming feelings over the tweet. Check out their EPIC reactions below:

fuck what are you doing with me pic.twitter.com/B60kp5ho4e

fuck what are you doing with me pic.twitter.com/B60kp5ho4e

Liam was the first One Direction singer to send Zayn well wishes on social media, that is. We all know Harry Styles, 22, who is busy with his Hollywood movie career, is a rather private fellow, so he most likely gave Z a personal call! And, we’re sure we will be seeing some loving messages from Niall Horan, 23, and Louis Tomlinson, 25, very soon!

One Direction — See Pics Of The Band

However, all of the boys are rather busy at this time. Niall’s been working hard releasing new music, and Louis is probably busy chasing his adorable baby boy, Freddie, 11 months, around! Not to mention, his mother, Johanna Deakin, sadly passed away on Dec. 7, at the age of 43, due to her harsh battle with leukemia. So sad. In the wake of her tragic death, the band rallied around Louis, and it was extremely emotional.

We’re wondering how Zayn is ringing in the big 2-4! We’re sure he’s going to be spending some time with his girlfriend, Gigi Hadid, 21, who showed him some birthday love on Instagram, and wished him his best year yet. Can we say, couples goals?! Happy birthday, Z!

HollywoodLifers, you can leave Zayn some birthday love in the comments below!