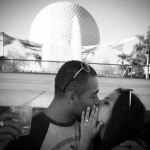 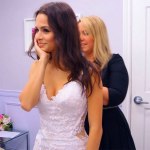 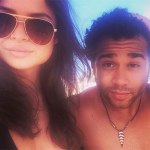 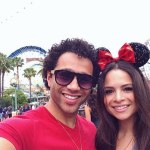 Corbin Bleu’s brand new wife, Sasha Clements, is one lucky lady! The lovebirds tied the knot on July 23 in Santa Barbara, California, and if you’re not familiar with the gorgeous actress, we’re here to help. Get to know Sasha with five fast facts here!

“Today was the most perfect day,” Sasha Clements, 26, told People, about the wedding. “There is not one thing I would change. Corbin [Bleu]’s vows were incredibly beautiful and it was truly the best day of our lives.” Here’s more to know about Sasha:

Just like her hubby, Sasha is an actor — and she’s even starred in a Disney Channel movie herself! Besides Disney’s 2014 original How To Build A Better Boy, she also made guest appearances in shows like What’s Up Warthogs!, Rookie Blue and Really Me, and starred in the TV movie Degrassi Don’t Look Back. For two seasons, she had a show called Majority Rules! on Teletoon.

2. She met Corbin at a grocery store

Yup, the couple literally met at a supermarket in Toronto in 2011! They dated for three years before getting engaged at Disney World in Oct. 2014. So sweet!

3. Her wedding dance with Corbin was choreographed

Corbin’s Dancing With The Stars partner, Karina Smirnoff, put together a sexy salsa number for the pair to perform during their big day. How perfect?! Corbin came in 2nd when he was on the show, falling short to Amber Riley.

4. She was on Say Yes To The Dress

Sasha actually picked out her wedding dress on the TLC series, and her man made an appearance while she was shopping to help her make the big decision.

Sasha and her friends went to the Malibu Wine Safaris to celebrate her last fling before the ring — and she made friends with a giraffe during the fun-filled day.

HollywoodLifers, do you think Sasha and Corbin make a cute couple? What were you most shocked to learn about her?