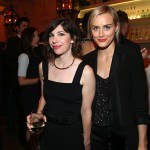 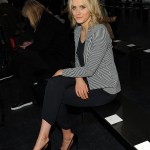 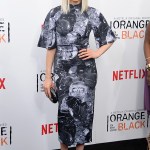 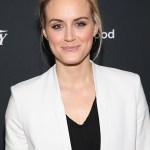 Taylor Schilling and Carrie Brownstein — two of the coolest women on earth — were once head over heels for each other, but the ‘Orange is the New Black’ star has set the record straight about their relationship!

Taylor Schilling, 31, and Carrie Brownstein, 41, managed to date each other more or less under the radar in the summer of 2015, but Taylor has now spoken out about her relationship status. So are she and the Portlandia actress still dating?

Sorry, Taylor/Carrie fans: they’re no longer together! “I’m not in a relationship, but if I were, I would be quite joyful, no matter who it was,” Taylor tells People magazine. “But I don’t like dating. It takes a lot for me to be into somebody.” Carrie was obviously someone special — she and Taylor were very smitten with each other, as OK! mag reported at the time. “She loves everything about Carrie…It’s rare to find someone special in this business,” a source told the outlet about the couple. One of the last times they were spotted together was at the 10th Annual Global Women’s Rights Awards in May 2015, and we’re so sad that they’ve since split!

‘Orange is the New Black’ Premiere PICS — Stars Step Out

Taylor also tells People that despite the lack of a love interest, she’s totally happy with her life right now. “I love [living in New York City]. I still have those moments like, ‘I’m in charge!’ My life is my own!” she says. Taylor adds that she’s an optimist, just like her OINTB character Piper: “I definitely see every possibility of what could go horribly wrong! But I’ve also developed a certain resiliency; an optimism that matches the pessimism.” What a great outlook!

HollywoodLifers, are you bummed that Taylor and Carrie aren’t together? Tell us what you think!