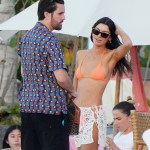 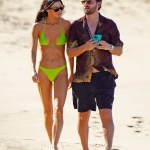 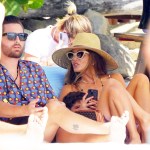 We didn’t see this coming! Scott Disick poured his heart out with a shocking confession. And to who? Caitlyn Jenner! Get this — even though he’s been drug-free for a couple months now, he spilled that he’s having a ‘tough’ time with sobriety.

Scott Disick, 32, unexpectedly stopped by Caitlyn Jenner‘s, 66, place on set of  a new episode of I Am Cait on April 17. Of course the reality star’s charm and sarcasm was in full effect, but he also confessed that he struggles to stay sober. Will he relapse again?

You’ll be relieved to know that Scott hasn’t reverted to his old ways, and hasn’t for the nearly five months. “I’m obviously not drinking or doing drugs. So, I’m just alone with my thoughts every night, and it’s tough,” he told Cait in a somber confession on her reality series.

Partying hard until 4a.m. couldn’t possibly be good for his health, but that’s not the only thing on the line if he relapses. Scott also dished that he hopes to patch things up with Kourtney; he says that “would be the dream.” “I would love to see us work everything out, and be in love again, and watch movies together, and be intimate, and love each other, and be best friends. But I also don’t want to just rush into something that doesn’t make sense,” he said.

Caitlyn might not have been his first pick on the list of confidants, but it may be slim pickings after burning bridges during his partying days. Scott checked himself into rehab for substance abuse in October 2015 after Kourt told him he could lose custody of their children, Mason, 6, Penelope, 3, and Reign, 1. The father-of-three relapsed in December 2015 after caught partying at a couple of Hollywood parties. So he may have a lot of making up to do, but at least Caitlyn is willing to hear him out.

Meanwhile, he seems to be winning Kylie Jenner and Kendall Jenner over, while hanging with them at Coachella. The three were all smiles under the Cali sun, but let’s hope things didn’t get too out of control.

HollywoodLifers, do you think Scott can overcome his troubled past?