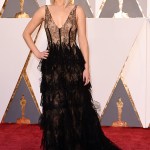 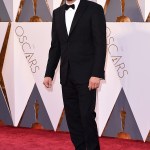 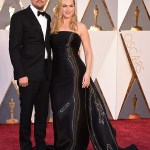 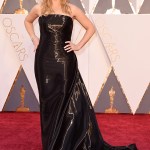 Talk about a lucky lady! Chris Evans brought a very special date to the 2016 Oscars — his sister, Carly! The pair looked totally adorable while posing on the red carpet together, and it’s beyond sweet that he kept it in the family for this big night.

Chris Evans is a HOT Hollywood commodity these days, so we were anxiously waiting to see who he’d show up to the Academy Awards with on Feb. 28! The actor may not have debuted a hot new girlfriend on the carpet, but we’re swooning just as much over his decision to bring his big sis, Carly, as his plus one to the show. So sweet, right?!

Carly was super eager and excited (DUH) while joining her hunky brother on the red carpet, and she looked totally great in a black gown with lacy, detailed sleeves. Meanwhile, the Captain America star looked hotter than ever in a black tux, with his hair slicked back and scruff absolutely on-point. The siblings looked like they were having so much fun together!

It was Carly’s first time attending the Academy Awards, and the pair made sure to give their mom an adorable shoutout while being interviewed. Oh, and they also joked about how they nearly got whiplash when they saw Leonardo DiCaprio walk by — so funny! We totally would, too, obviously.

Chris is pretty private about his personal life, so we weren’t all that surprised that he didn’t bring a love interest to the show. The 35-year-old dated Jessica Biel for five years from 2001-2006, and has been romantically linked to Minka Kelly several times since 2007. Although they broke up in 2013, the pair was spotted looking like more than friends in Sept. 2015, but if the romance is still on, it’s clearly not serious enough for a public outing like this one!

HollywoodLifers, what do you think of Chris bringing his sister to the Oscars?