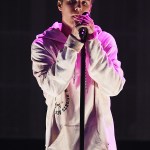 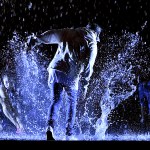 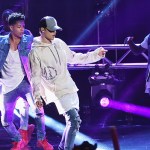 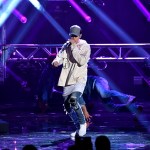 Are Meghan Trainor and Charlie Puth getting their Marvin Gaye on in real life? The collaborators stunned everyone with a steamy make out following their AMA performance– but was it for show, or are the two dating?

Is Meghan Trainor, 21, dating Charlie Puth, 23? That’s the question on everyone’s mind following the duo’s insanely hot (and, uh, very lengthy) make out, after they performed their hit song “Marvin Gaye” at the 2015 American Music Awards on Nov. 22. Charlie also copped a feel, if you know what we mean, and it basically seemed like the two had to be dating, right? Here’s what we know about Meghan and Charlie’s smooch!

While it certainly seemed as though Meghan and Charlie were more than friends (how many friends do you know who make out like that?), Charlie took to Twitter following the performance to set the record straight, and assure fans that he and Meghan are “just friends.”

“Before it begins…” Charlie wrote on Twitter, less than an hour after he and Meghan’s performance. “We are just friends. So happy to perform with Meghan tonight!! Thank you for all the love everybody! :)”

Well, there ya have it. And if Meghan and Charlie’s intention was to get people talking, well, mission accomplished, kiddos. See Charlie’s full tweet below.

Making their onscreen smooch all the more juicy, Meghan is rumored to be dating a guy named Cory Anderson— who happens to be the assistant to one Mr. Nick Jonas! No word on whether the couple has broken up, or if he was just cool with the make out in the name of artistry.

What do you think, HollywoodLifers? Were Charlie and Meghan just playing into their song, or are they clearly covering up a romance?