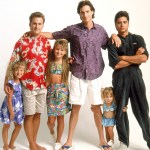 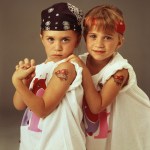 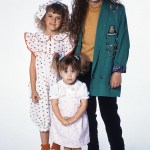 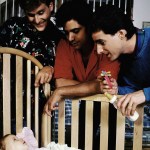 There’s only one Michelle Tanner — which means ‘Fuller House’ only needs one Olsen twin! Lori Loughlin made this point clear by throwing shade at the twins during an appearance on ‘Access Hollywood’ to discuss the ‘Full House’ reunion.

Fans are dying to know if Mary Kate and Ashley Olsen are on-board for the Full House Netflix reunion special, but Lori Loughlin seems completely uninterested in whether or not the actors-turned-designers will be returning! In fact, she even dissed her former co-stars on Access Hollywood, by pointing out that both of them aren’t even needed in order to add Michelle Tanner to the cast. Burn!

“It doesn’t matter how much money they get paid. They don’t care,” Lori said, quickly brushing off questions about the Olsens’ involvement, but eventually softening up and adding, “I think everyone would love it and it would be really nice.”

It’s not just Mary Kate and Ashley who are unconfirmed for the show, either. Lori also explained that she, Dave Coulier and Bob Saget are still in negotiations, while Candace Cameron-Bure, Jodie Sweetin, Andrea Barber and John Stamos have all officially signed on.

“I’ll tell you why,” she explained, regarding why she hasn’t signed a deal yet. “They have been working on this for a while. It’s originally a spin-off idea for Candace Cameron, Jodie Sweetin and Andrea Barber. Three girls move into a house to raise DJ’s three boys, so it’s a flip on the original series. Then they decide that it would be best to open the show with an hour reunion. The only thing is…they made deals with half the cast, but not the other half. So Candace, Jodie, Andrea, and I believe they just closed John’s deal. As far as I know, I don’t have a deal, Dave doesn’t have a deal, Bob…we’re all in negotiation. I think we would all like to come back if the powers that be are fair to all of us.”

Basically, Lori, Dave and Bob want to make whatever John’s making for this fun little re-boot — as long as that happens, it looks like they’ll be on-board. However, don’t get your hopes up for the Olsens.

“They don’t consider themselves actors anymore and they don’t want to return to acting even though they know how much people would love it,” a source told HollywoodLife.com EXCLUSIVELY. “As much as everyone would want the twins to be a part of the show, it would be a current act of God and a miracle for them to make an appearance. The girls are very unlikely to join in on the fun.”

John officially confirmed news of the Full House spinoff during an appearance on Jimmy Kimmel Live April 20. The 13-episode series will start with a one-hour reunion, followed by the Fuller House series, which will feature DJ Tanner (Candace) as a pregnant widow with two sons already, who moves back into the Tanner home.

To help her out, younger sister Stephanie (Jodie) and BFF Kimmy Gibbler (Andrea), along with her teenage daughter, move in. So, yes — a very similar storyline to that of the original late 80s/early 90s series!

“We wanted to give credit to the legacy. We didn’t want to just, sort of…throw it away,” John explained, gushing, “It’s a labor of love and we’ve literally been trying for so many years to get it right and I think we finally got it perfect.”

Well are more anxious than ever to check this out — and are holding out hope that everyone signs on!