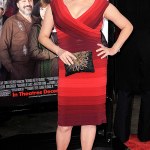 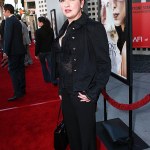 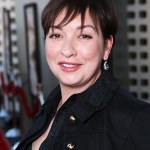 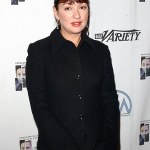 Friends, family and fans are mourning the loss of ‘Modern Family’ and ‘Rush Hour’ actress, Elizabeth Pena who tragically passed away at the age of 55 on Oct. 14. Join us as we take a look back on Elizabeth’s life in pictures.

Elizabeth Pena tragically passed away at the age of 55 at Cedars-Sinai Medical Center in Los Angeles, on Oct. 14. The beautiful actress’s career spanned nearly forty years and she was best known for her role in The Incredibles and for playing Sofia Vergara‘s mother on Modern Family. Join us as we remember Elizabeth’s life and check out our gallery of all her photos.

Elizabeth Pena Death Photos — Take A Look Back At Her Life

Elizabeth will be missed. The actresses nephew, Mario-Francisco Roble heartbreakingly wrote about his beloved aunt in Latino Review. “Tonight, my family is heartbroken,” he wrote. “There’s now a void that will never be filled. All we can do now is remember your sharp sense of humor, your endless hunger for life, and your never ending pursuit of happiness.”

He also revealed that at the time of her passing she had just finished filming the first season of El Rey Network’s Matador, where she had the role of the title character’s mother, Maritza.

As HollywoodLife.com previously reported, the El Rey Network released a statement saying, “We are deeply saddened by the passing of our friend and colleague, Elizabeth Peña. She was a role model, a truly extraordinary performer and an inspiration in every sense of the word. Our thoughts are with Elizabeth’s family and friends during this difficult time. She ‎will be deeply missed.”

After hearing the news of her tragic passing, her loyal fans took to Twitter to express their sadness, including actresses, Eva Longoria and Zoe Saldana. Eva lovingly wrote, “Rest in Peace Elizabeth Pena…you paved the way for so many of us!!”

Elizabeth is survived by her husband, two teenage children, her mother, and her sister.

So sad. Our thoughts and prayers go out to Elizabeth’s family and friends during this devastating time.