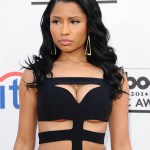 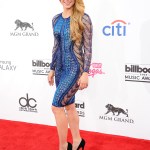 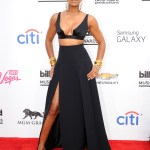 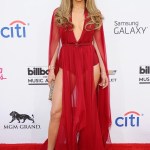 Oh no! Ariana Grande had a little bit of a ‘Problem’ during her sexy Billboard Music Awards performance. The camera shot right up her tiny skirt as she was dancing. Poor Ari!

Ariana Grande, 20, put on an awesome performance of her hit song “Problem,” but it was completely overshadowed when a cameraman decided to shoot his lens right up her skirt.

We were so excited to see Ariana perform at the 2014 Billboard Music Awards, especially since Iggy Azalea would be joining her on stage.

However, Ariana’s short skirt caused a bit of a “Problem” when she danced a little too close to the edge of the stage.

Not only could the audience see right up her skirt, but so could the viewers at home thanks to one pesky cameraman who got a little too close for comfort.

Thankfully, Ariana is a total pro and remembered to wear a pair of black underwear that covered every nook and cranny we were not meant to see.

But, how did this happen, anyway? We are sure that Arian rehearsed, so hopefully this was just a major flub on one creepy cameraman’s part.

Even though it happened more than once, Ariana still managed to put on one killer performance of her new hit song. She is such a superstar!

We should also mention that Ariana looked INCREDIBLE. She even switched out her all-white boots for a sexy new pair of black and white ones that we just adore.

Tell us, HollywoodLifers — Do you think it Ariana’s up-skirt shot was an accident? Let us know your thoughts below.