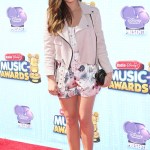 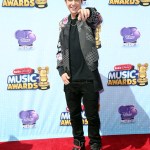 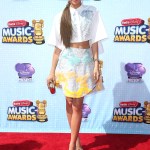 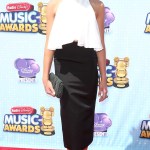 Did any of YOUR favorite musical celebs take home a Radio Disney Award on Saturday, April 26? Check out the full list of 2014 RDMA winners right here to find out!

The 2014 Radio Disney Music Awards on April 26 were a star-studded event, complete with all your favorite performers. We know you guys are on the edge of your seat to find out if Selena Gomez, Ariana Grande, Justin Bieber, One Direction, and more won any awards!

They’re The One – Best Music Group: One Direction

The Buzz – Breakout Artist of the Year: Fifth Harmony

Stuck In Our Heads – Catchiest New Song: “The Fox (What Does The Fox Say?)” – Ylvis

That’s My Jam – Best Song To Rock Out To With Your BFF: “Me & My Girls” – Fifth Harmony

Hit The Road – Favorite Roadtrip Song: “Made In The USA” – Demi Lovato

You’ve Got Swag! – Artist With The Best Style: Zendaya

Ariana Grande also received the “Radio Disney Chart Topper Award” which reflects her staying power on the Radio Disney charts. She had three top five singles for a combined 73 weeks!

R5 received the “Radio Disney Showstopper Award” in recognition of their dedication to fan engagement and their U.S. and international touring and live event appearances across the country.

HollywoodLifers, what did you think of the 2014 Radio Disney Music Awards? Did your favorite artist win? Were you happy with how things turned out? Let us know!