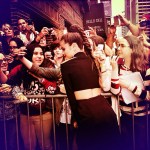 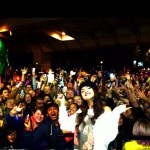 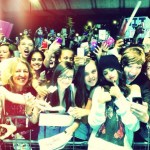 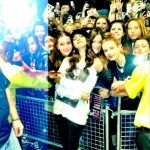 JoBro to the rescue! After the up and coming singer Lorde started a bit of a controversy by using some choice words for Selena and Taylor Swift, the middle Jonas took to Twitter on Oct. 4 to let everyone know whose side he was on.

Lorde is new to the pop music world, but she’s already piling up the enemies. After the 16-year-old dissed Selena Gomez on Sept. 28 and then Taylor Swift, Joe Jonas threw his two cents into the feud and let the singer know that she better watch her back.

The girl-on-girl crime definitely got Joe riled up, as he tweeted on Oct. 4:

Apparently Joe was on selectively listening to Lorde’s song, which is pretty much all about faking being cool and legit.

But his heart was definitely in the right place, because Lorde hasn’t exactly bowed down to Selena and Taylor since coming into the spotlight. She fired out her first shot during a Sept. 28 radio interview, in which she said that she didn’t approve of the message of Selena’s song, “Come & Get It.” “I’m a feminist and the theme of her song is, ‘When you’re ready come and get it from me.’ I’m sick of women being portrayed this way.”

As for Taylor, Lorde quipped that she was “too flawless and unattainable,” in the Oct. 2013 issue of New Zealand’s Metro. Lorde has done some backpedaling since then, apologizing and explaining that her comments weren’t supposed to be derogatory and that she’s still learning how to handle being in the public eye.

So whose side are you on, HollywoodLifers? Lorde is sort of unnecessarily stepping on the wrong toes — but she is so young and so new that you can’t really blame her for not being media-trained. And something about huge stars like Selena, Taylor, and now the Jonas Brothers ganging up against her just doesn’t feel right.

But tell us what you think!