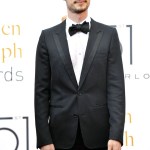 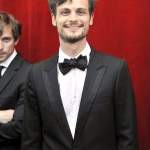 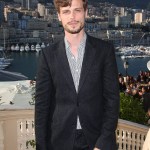 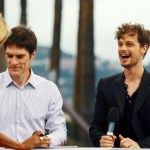 Ever since Matthew was spotted in Taylor’s kitchen on the Fourth of July, rumors have been circling these two sexy stars. But are they actually a couple? HollywoodLife.com can tell you the truth EXCLUSIVELY.

Taylor Swift has had her sights set on the hunky Criminal Minds actor, Matthew Gray Gubler, all summer long — is the “Red” singer finally getting what she wants?

Are Taylor Swift & Matthew Gray Gubler In A Relationship?

Well, yes and no. A source close to Taylor tells HollywoodLife.com exclusively, “mutual attraction has led to some hangouts but they are not exclusive.”

That isn’t so bad, and while the source does state that “she is in it more than he is,” the main reason a full-blown romance hasn’t sparked is Taylor and Matthew’s conflicting schedules. So we’re not quite at a song-writing-alert level yet.

“They have a distance and different schedules to worry about,” the source says, “so he is looking out for his feelings and hers and treading lightly.”

But Taylor — and fans hoping for a Matthew Gray Gubler romance — should be hopeful, as the source also adds, “Stuff is brewing.”

“They are definitely going to try to hang out this next week or two as she’s in Los Angeles for her tour,” says the source. “We’ll see how sparks fly from there. The potential is great but we’ll see.”

The world was alerted to a possible romance between Taylor and Matthew when he tweeted that he was heading to New England — where Taylor lives — for the Fourth of July, and then posted a picture of himself wearing the same American flag face paint as Taylor’s.

Taylor has taken some time off from romance after Harry Styles to focus on her “Red” tour, but now may be the right time to get back on the horse. And with Matthew watching out for her feelings and wanting to take things slowly, she may have found the right guy.

Then again, she does seem to get herself into romances that are born to fail. So what do you think, HollywoodLifers? Is Matthew a good fit for Taylor? Let us know!