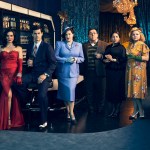 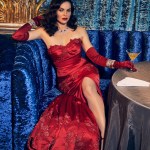 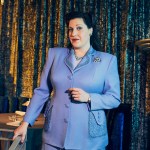 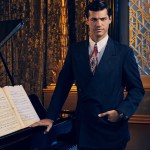 The hit dark comedy ‘Why Women Kill’ is back for season 2! The new season premiers June 3 on Paramount+. From the new cast to what season 2 is about, here are the latest updates you need to know about.

Why Women Kill became a major hit for CBS All Access when it dropped in 2019. Now creator Marc Cherry is back with a brand-new story that is going to be equally fierce and fabulous. The first two episodes will drop June 3 on Paramount+. The remaining episodes of the series, produced by CBS Studios and Imagine Television Studios, will drop weekly on Thursdays.

Marc, who also blessed us with Desperate Housewives, serves as executive producer alongside Imagine’s Brian Grazer and Samie Kim Falvey, Acme Productions’ Michael Hanel and Mindy Schultheis, Marb Webb, David Warren, Austin Guzman, Curtis Kheel, and Francie Calfo. The first season — which examined how the roles of women have changed over decades, but how their reaction to betrayal has not — aired on CBS All Access. Why Women Kill season 2 will air on Paramount +, the new name for CBS All Access. HollywoodLife has the latest updates about all things season 2.

The first season of Why Women Kill followed the lives of three women in three different decades: a housewife in the 1960s (Ginnifer Goodwin), a socialite in the 1980s (Lucy Liu), and a lawyer (Kirby Howell-Baptiste) in 2019. All three women dealt with infidelity in their marriages, and it all built up to one insane finale. The Why Women Kill season 1 finale aired in October 2019 and was titled “Kill Me As If It Were The Last Time.”

Beth Ann’s plan to kill her husband and Mary’s as well unfolds in spectacular fashion. Mary leaves a letter for Ralph that says she’s leaving him for Rob Stanton. When Ralph finds the letter, he grabs his gun and storms over to the Stantons’ house, just as Beth Ann knew he would. Meanwhile, Beth Ann tries to get Rob to confess to his infidelity, but he stays tight-lipped.

Rob and Ralph get into a nasty fight, and Beth Ann gives Rob the gun she’d bought earlier. Rob points it at Ralph, but it’s unloaded. When he turns to Beth Ann, he realizes that she took the bullets out before she threw him the gun. Rob picks up his own gun and shoots Ralph multiple times. Ralph is later executed for killing Rob, so Beth Ann got what she wanted in the end.

In the 1980s, Naomi nearly kills Simone with her car, but Tommy pushes Simone out of the way before that can happen. Simone doesn’t press charges. Tommy tells Simone that he’s thinking about canceling his trip to Paris to stay and help take care of Karl. Simone pushes Tommy to go. “I’ll think of you constantly. I love you,” Tommy tells Simone. She replies, “I won’t be the last woman you say that to, but I’m proud to be the first.”

The show flashes forward 6 months into the future. Karl and Simone have lost their health insurance after Karl’s art gallery went under. Karl is suffering from AIDS and initially planned to take his own life by overdosing on sleeping pills. After a visit to see his pal Jimmy in the hospital, Simone understands why Karl wants to end his life now. After a passionate last tango around the house, Karl and Simone go up to their bedroom. Simone is the one to inject Karl with the drugs that will kill him after his nerves prevent him from doing so. She’s by his side as he dies.

In 2019, Taylor and Eli try to get Jade to leave their house, but she refuses unless Eli forks over $10,000. While Taylor and Eli talk about what to do next, Jade bolts. Taylor and Eli decide to head to a hotel for a few nights until all this drama passes. As they’re packing, Jade comes out of a closet she’d been hiding in, and she’s holding a large knife. She stabs Eli and tries to kill Taylor. Taylor and Jade fight on the stairs, and Taylor emerges victorious by plunging the knife right into Jade’s stomach. Eli survives.

All 3 storylines intersect in the finale as well. Beth Ann is the one to give Simone the keys to the mansion in 1984. Beth Ann is headed to New York City with April and Elsie. When Taylor and Eli get the keys to the house in 2017, an elderly Simone is the one to hand them over. Taylor and Eli move out of the house after the Jade ordeal. A new couple is set to move in. They seem perfect, but the boyfriend is cheating on his girlfriend. The girlfriend sees the text between her boyfriend and another girl. When Taylor and Eli leave, the girlfriend shoots her boyfriend with a rifle from his collection.

Why Women Kill season 2 will have an entirely new cast that includes Allison Tolman, Lana Parrilla, B.K. Cannon, Jordane Christie, Matthew Daddario, Veronica Falcón, and Nick Frost. Allison stars as Alma Fillcot, a woman who dreams of status and glamour. She hopes to fill a vacated seat in her local Garden Club. The Garden Club is led by the intimidating Rita Castillo, played by Lana. Alma’s husband, Bertram (Nick Frost), has a shocking secret that could jeopardize everything. Cannon plays Alma’s dear friend Dee.

Matthew plays Scooter, the man Rita is having an affair with behind her ailing husband’s back. Rita’s life doesn’t get any easier with the arrival of Catherine (Veronica Falcón), her husband’s daughter. Jordane also stars as Vern, a veteran who works as a private detective. Recurring cast members include Eileen Galindo as Isabel, Virginia Williams as Grace, Jessica Phillips as Joan, Kerry O’Malley as Mavis, and Cynthia Quiles as Brenda.

The official synopsis for Why Women Kill season 2 says that the new season “features a new ensemble cast and storylines set in 1949 that will explore what it means to be beautiful, the hidden truth behind the facades people present to the world, the effects of being ignored and overlooked by society, and finally, the lengths one woman will go in order to finally belong…”

The cast has been mostly quiet about season 2 so they don’t spill spoilers, but Jordane teased to Black Girl Nerds that his character is “modeled a lot off of Humphrey Bogart.” Eileen Galindo plays Isabel, Rita’s maid. “I drew on the experiences of the women in my family who came to the US in mid-1800s to create Isabel,” she told Digital Journal. “In our case, the women in my family came to the US during Cuba’s 10 Years War following the Cigar-making trade. Life was hard, there were relentless hurricanes in Key West where they landed. Then they moved up to Tampa to create the company town of Ybor City. They didn’t speak the language and prospects were few for women outside of marriage. But by the 1940’s, when WWK takes place, they were fully integrated and did whatever they had to do to make sure the next generations would have it better than they did. That is woven throughout Isabel’s journey.”