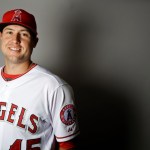 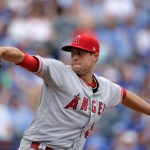 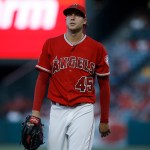 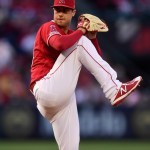 Nearly two months after Tyler Skaggs was found ‘unconscious’ in a hotel room, the baseball pitcher’s cause of death was revealed in an autopsy report.

UPDATE (5/10/19, 5:11 p.m. ET): Tyler Skaggs, the Anaheim Angels baseball pitcher who passed away on July 1, died from “mixed ethanol (alcohol), fentanyl and oxycodone with terminal aspiration of gastric contents,” according to an autopsy report that HollywoodLife obtained from the Tarrant County Medical Examiner’s District. He choked on his vomit while, and the death was ruled as an accident.

ORIGINAL: On June 29, Tyler Skaggs pitched against the Oakland Athletics. Just two days later on July 1, the MLB pro was found “unconscious” at a Hilton hotel room in Texas, according to a statement that the Southlake Police Department issued. He was pronounced dead on the scene, and no foul play was suspected — the investigation is still ongoing, authorities added. At just 27 years old, the sudden death has rocked the baseball community. He recently a photo with his teammates on Instagram, not even a full 24 hours before his death.

Tyler was in Texas to play against the Texas Rangers on July 1, but the game has since been postponed in the wake of this tragic news. The LA Angels has already reacted to Tyler’s passing, issuing the following statement: “It is with great sorrow that we report Tyler Skaggs passed away earlier today in Texas. Tyler has, and always will be, an important part of the Angels Family. Our thoughts and prayers are with his wife Carli and his entire family during this devastating time.” Here’s what else you should know about the talented pitcher who has sadly left us.

1. Tyler recently got married. His wedding with Carli Skaggs took place in Oct. 2018, a milestone which he reflected on in a Valentine’s Day 2019 post. “Happy Valentine’s Day to the love of my life 💝🌹,” the pitcher wrote, accompanied by a photo of him and his new bride at their wedding.

2. The pitcher made his MLB debut at age 20. His journey with Major League Baseball began in 2009, when he was drafted by the Angels. However, his future team traded him for the Arizona Diamondbacks in 2010, whom he debuted with two years later in 2012. Tyler made his way back to the Angels in 2013.

Angels statement on the passing of Tyler Skaggs. pic.twitter.com/6XA2Vu1uWV

3. Tyler is a Los Angeles native. The pitcher truly belonged with the Angels, as he was born right in Woodland Hills! He attended high school in Santa Monica, where his mom, Debbie, was a softball coach.

4. The baseball player has suffered many injuries. John underwent “Tommy John surgery” in 2014, which is MLB speak for ulnar collateral ligament (UCL) reconstruction — a procedure “used to repair a torn ulnar collateral ligament inside the elbow,” according to Johns Hopkins Medicine. He did not pitch throughout the 2015 season, and returned to the Angels in 2016. He was also put on the MLB’s disabled list for a left abductor sprain in 2018, after already landing on the list earlier that year and in 2017.