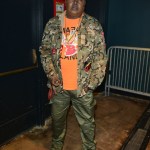 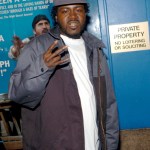 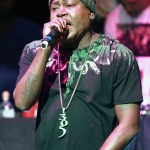 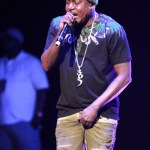 Trick Daddy, who is considered to be an icon by many in the hip-hop industry, was arrested for DUI & cocaine possession in Miami. This was not, however his first run-in with the law.

TMZ reported that Trick Daddy, 45, was found asleep behind the wheel early Saturday, January 10, by cops who asked him where he was going or coming from. He told them that he’d come from a club and had just dropped someone off. The police asked him if he had anything to drink that night to which he said he has a couple drinks hours beforehand. The cops said his eyes were bloodshot and that his speech was slurred so they conducted a field sobriety test on him. He was then place under arrest on suspicion that he was driving under the influence where they transported him to a nearby jail. TD then allegedly refuse to offer a breath sample to determine how much alcohol might have been in his system.

Cops later conducted a search of his belongings where they claimed to have found a dollar bill with what they believed to be cocaine residue on the inside. Trick was ultimately booked for DUI and cocaine possession. His bond on the cocaine charge was set at $5,000 and $1,000 for the DUI. He has not been found guilty yet on either parts.

Here are 5 other things to know about the Miami native:

1: A Lengthy Career In Hip-Hop. Trick Daddy, real name Maurice Samuel Young, became successful in the hip-hop industry at a very young age. He released his first album, Based on a True Story, when he was only 22 back in 1997 before hitting it big with his next effort, http://www.thug.com, which went gold in the United States one year later.

2: Mainstream Success. TD, along with many other rappers at the time like Ja Rule and Nelly, found a ton of success on the Billboard charts in the early millennium. Trick’s “I’m A Thug” reached the top 20 on the Billboard Hot 100 in 2001 and he also created a dance sensation with his hit “Take It To Da House” featuring rap goddess Trina and The Slip-N-Slide Express.

3: Lights, Camera, Action. He also transitioned into the movie and television industry later on in his career. Trick starred in the 2009 film Just Another Day where he played the role of a drug dealer named Roman. He’s also been a main cast member for the past three seasons of Love & Hip-Hop Miami along with Trina, Shay Johnson, Bobby Lytes and Amara Le Negra.

4: Complicated Relationship. Trick has been estranged from his wife, singer Joy Young, for years now even though they both appear on Love & Hip-Hop Miami. The first season explored her attempts to finalize her divorce, but Trick refuses to let go.

5: Past Legal Problems. This isn’t the first time that Trick has had trouble with the law. He was also arrested in April 2014 when police went to his Florida home and found a gram of cocaine in his nightstand and a 9mm gun under his pillow. He was book into jail and later bonded out for that case after being charged with possession of cocaine, possession of a firearm and ammunition by a convicted felon, and driving with a suspended license.