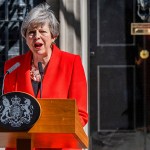 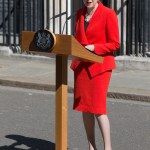 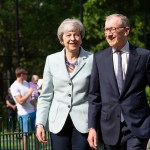 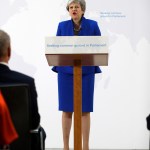 The UK’s controversial prime minister, Theresa May, has announced that she will be resigning amidst the ongoing Brexit drama. Learn more about the PM, and the fraught situation she’s leaving behind.

Three years after becoming UK prime minister, Theresa May announced on May 24 that she would be resigning, effective June 7. Her surprise resignation comes just a day after a powerful ally, Andrea Leadsom, resigned, and after months of parliament members criticizing her approach to striking a Brexit deal with the European Union. Learn more about May, the second PM in UK history, her Brexit situation, and her controversial legacy:

1. She’s leaving because of her failure to negotiate an effective Brexit deal. May, 62, announced in a press conference outside 10 Downing Street, that “I will shortly leave the job that it has been the honor of my life to hold. “[I was] the second female prime minister, but certainly not the last… I do so with no ill will, but with enormous and enduring gratitude to have had the opportunity to serve the country I love.” You can watch May’s full, six-minute address below.

In her statement, May expressed her “deep regret” that after “doing her best” to enact Brexit, she was unable to do so. She said that she had “done everything I can” to convince MPs (members of Parliament) to support the withdrawal deal that she negotiated with the European Union, but she has now realized after backlash that it’s in the “best interests of the country for a new prime minister to lead that effort”.

An explainer on Brexit: The “British Exit” was proposed in June 2016, when David Cameron was still prime minister. The Conservative party, which is currently leading the government, is seeking to separate the UK from the other 27 countries of the European Union. The party leaders believe separating from the EU would mean an economic boom after no longer following the union’s trade laws. It would also solve Britain’s refugee “problem,” as they could set their own laws about who’s let into the country. Brexit was due to happen in March 2019, but May’s unliked deal has delayed that indefinitely.

2. She was under constant pressure from parliament to resign over her proposed Brexit deal. Andrea Leadsom quit as Commons leader on May 23, saying she didn’t believe the UK government’s “approach would deliver on the referendum result.” Hours before May resigned the next day, she met with Home Secretary Sajid Javid and Foreign Secretary Jeremy Hunt; Javid and Hunt reportedly “expressed their concern” about her proposed bill, per BBC. May had planned to publish her Withdrawal Agreement Bill on May 25 ahead of a vote, but decided to rewrite it instead.

“I have always maintained that a second referendum would be dangerously divisive, and I do not support the Government willingly facilitating such a concession,” Leadsom, who passionately campaigned for leaving the EU, wrote in her resignation letter. A spokesman for May told Business Insider that the prime minister was  “listening to the concerns of colleagues” over the bill and “would have further discussions today.” That discussion was apparently her decision to resign.

4. The frontrunner to replace May is thought to be Boris Johnson. MPs Johnson, Esther McVey and Rory Stewart have all expressed that they intend to run for party leadership; more than a dozen other MPs are reportedly “seriously considering” running, according to BBC. Johnson, the former foreign secretary who has been an MP since 2015 is thought to have the best shot of becoming the next PM. Johnson, who ran against May in 2016, lobbied against Brexit at first, but ultimately decided to back it. Johnson isn’t without controversy; he quit as foreign secretary in 2018, blaming May’s Brexit plans, and immediately wrote an op-ed for Telegraph saying that women who wear burqas look like “letter boxes.” Still an MP, Johnson said if a constituent wearing a hijab wanted to speak with him, she would be required to remove it.

5. Prior to becoming prime minister, May held government positions for nearly 20 years. May assumed office as a member of Parliament for Maidenhead in 1997, elected as the Conservative MP in the general election. She then served as the Shadow Secretary for several causes within Parliament, such as State for Education and State for Transport. David Cameron, who resigned as UK prime minister in 2016, appointed May as Home Secretary and Minister for Women and Equality six years ago . She was the longest serving Home Secretary the UK had seen in over 60 years.