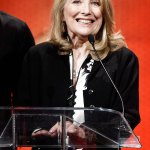 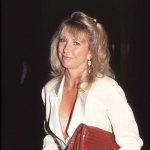 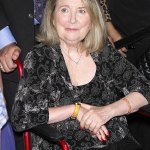 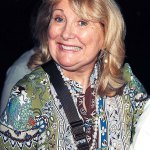 Teri Garr, a comedic darling of the ’70s and ’80s, worried fans after an ambulance was reportedly called to her home on Dec. 30. Here’s what you should know about the legendary actress.

Teri Garr, 75, knew how to tickle moviegoers’ funny bone. But rather than making fans laugh, she only caused concern when a report of her hospitalization following a “medical emergency” surfaced on Dec. 30, per TMZ. On that Monday morning, an ambulance was reportedly called to her home in San Fernando Valley, CA at around 10:30 a.m. and she was brought to a local medical center, the outlet was told. “She may have suffered a stroke,” TMZ added, although this news can not be confirmed at this point. HollywoodLife has reached out to Teri’s rep for comment.

While we hope for a speedy recovery for Teri, here are five things you should know about the beloved actress who has starred in many of our favorite comedies before the turn of the millennium.

1. Teri has starred in a number of iconic films from the ’70s and ’80s. The actress is most famous for playing Sandy in Tootsie (1982), Inga in Young Frankenstein (1974) and Ronnie Neary in Close Encounters of the Third Kind (1974).  Of course, her acting credits expand way beyond those three titles: she has starred in more movies like After Hours (1985) and Mr. Mom (1983), and had recurring roles in television series like McCloud and Batman Beyond.

2. Teri is also known for playing Phoebe’s biological mother on Friends. Who could forget that twist in the sitcom! Phoebe and Ursula Buffay’s birth mother was revealed to be Phoebe Abbott, portrayed by Teri herself.

3. Teri has battled a number of health problems. Leading up to Teri’s hospitalization, she was diagnosed with multiple sclerosis in 1999 and then suffered a brain aneurysm in Dec. 2006. Multiple sclerosis is a “potentially disabling disease of the brain and spinal cord,” according to Web MD. The cause is unknown.

4. The actress retired from acting in 2011. After her health issues piled on, Teri’s last acting role was Lindsey’s mom in a 2011 episode of How to Marry a Billionaire.

5. Teri has one child. She welcomed a daughter, Molly O’Neill, in 1993 with her ex-husband, actor John O’Neil.