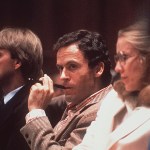 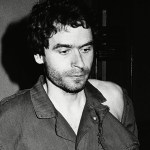 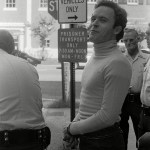 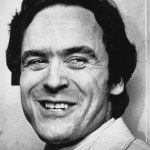 In case you missed the news, Zac Efron has been cast to play Ted Bundy in an upcoming film that is sure to give us all nightmares. Here’s what you need to know about the notorious necrophiliac and serial killer?

Zac Efron is tackling the role of a lifetime with his Netflix movie, Extremely Wicked, Shockingly Evil and Vile. In the drama, he portrays one of the most sadistic criminals of all time — Ted Bundy. Bundy was a serial killer, kidnapper, rapist, burglar, and necrophiliac who assaulted and murdered dozens of young women across seven states in the 1970s, maybe earlier. He was able to get close to them due to his good looks and charms, making the actor perfect for the role. Learn more about Bundy before seeing Extremely Wicked:

1. Ted Bundy’s Total Murder Count Has Never Been Confirmed. Although he was convicted of murder and sentenced to the death penalty in 1980, Ted Bundy remained adamant that he was innocent. Six years later in April 1986, Bundy finally confessed a “full range of depredations”, according to his Wikipedia page. Although it’s reported he only confessed to 30 murders over the course of his serial killing days, authorities believe he may have been responsible for even more than that. He was executed via electric chair in 1989 at 42 years old, so his final death toll may never be known.

2. Bundy Wasn’t Just A Murderer — He Was Much Worse Than That. Yes, there are things worse than murder, and Bundy was guilty of them all. Not only did he murder numerous young women through the early to  mid 1970’s, but he was also a necrophiliac. That means he liked to commit sexual acts with the corpses of his victims, which he later admitted to during his previously mentioned confession. Bundy enjoyed being intimate with the corpses so much that he admitted to revisiting some of them quite frequently to continue doing so until putrefaction started. Putrefaction is the fifth stage of decomposition, in which the organs start to liquify and the skin and muscle tissues start to break down.

3. He Got Married & Fathered A Daughter While On Trial. In 1974 while while kidnapping, assaulting and murdering at least one college-aged girl a month, Bundy started a romantic relationship with Carole Ann Boone. Boone was one of Bundy’s co-workers at the Washington State Department of Emergency Services, and later played a huge role in his life while he was on trial for multiple murders. During the trial, Bundy, who was defending himself, questioned Boone on the stand as a character witness. While she was on the stand Bundy asked her to marry him, she said yes, and he declared to the court that they were now legally married — as per a Florida law that allowed a declaration in a courtroom with a judge present constituted a legal marriage. In 1982, two years after Bundy was sentenced to death, Boone gave birth to a baby girl, Rosa, claiming that Ted was her father. Though conjugal visits were not allowed at the time, it is believed that Ted and Carole bribed guards with cash to allow them “alone” time.

4. Bundy Escaped Capture Twice Before Being Convicted. The serial killer was first captured by authorities on August 16, 1975. After two years in captivity he escaped by jumping out of a second floor window in a courtroom library on June 7, 1977. He was captured again just days later on June 13, but managed to escape a second time on December 30 that same year. This escape was much more elaborate, as he somehow managed to acquire a hacksaw and used it to saw a one foot hole in the ceiling of his cell. He reportedly lost about 35 lbs so that he could fit into the crawlspace, and when he finally did on the night of December 30 he was able to break through into the room above his cell which was an office. He changed into clothes that he found in the office and then walked out of the prison’s front door completely unnoticed.

5. While In Jail, Bundy Helped Capture Another Serial Killer. Believe it or not, Bundy reached out to Robert D. Keppel, one of the investigators that helped put him behind bars, to “assist” with the capture of his alleged successor: The Green River Killer, aka Gary Ridgway. Bundy spoke candidly with Keppel in 1984, one year after Ridgway first became a suspect in the killings, to offer his so-called “expertise” on the inner workings of a serial killer’s mind. Although it took 17 years to finally capture and prosecute Ridgway, Keppel credited his discussions with Bundy in 1984 to helping close the case.