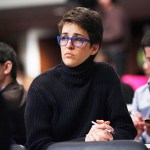 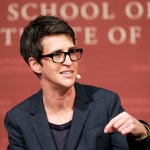 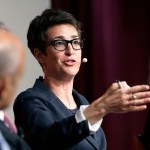 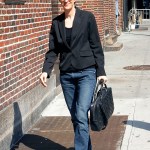 Rachel Maddow held back tears as she told the world that her partner, Susan Mikula, was battling COVID-19. Here’s five things you should know about the photographer, who’s been with Rachel for 21 years.

After taking a two-week absence from her nightly MSNBC show, Rachel Maddow returned with heartbreaking news, and a warning to her viewers. Her partner of 21 years, Susan Mikula, tested positive for COVID-19 and became deeply ill. “At one point, we really thought there was a possibility that it might kill her,” Rachel said. “That’s why I’ve been away.” An emotional Rachel, 47, said that Susan, 62, was still sick, but would “be okay.” And she pleaded with viewers to stay home this Thanksgiving, using her own family’s struggle as a cautionary tale. Here’s five things you should know about Susan, the woman Rachel loves so deeply.

1. She’s an acclaimed artist and photographer. Susan is best known for making unique prints from expired polaroid film, which creates a blurred, yellowish tint unlike anything else out there. “Every day, I make pictures in my head. It could be of the wet patch of pavement I can see from the bedroom window, of the light — that light! — angled out and splayed all gold and sparkly, of the broken bench, the mossy stone, the gas can. Right? Pictures — photographs are part of how I see and how I think. They are, I guess, my way of speaking,” she told Advocate, about why she wanted to become a photographer.

On her show tonight, @maddow reveals her partner has been sick with #COVID19.

"Whoever is the most important person in your life, whoever you most love, and most care for, and cherish in the world… That's the person who you may lose." pic.twitter.com/8wvshAGDk5

2. She and Rachel began dating in 1999. In the late 1990s, Rachel took up a series of odd jobs to support herself while working on her doctoral dissertation in Western Massachusetts. She met Susan after being hired to do yard work at her home — and the rest was history. Rachel said in 2016, after same-sex marriage was legalized, that they weren’t thinking about tying the knot. “I’m an unabashed advocate that people in this country should have equal access to the rights and privileges of citizenship,” she told CBS. “But in terms of what that means for my own relationship — eh, that’s my own relationship.”

3. And they’re still desperately in love with each other. Twenty-one years later, nothing has changed. Rachel made that clear at the top of her November 19 broadcast when she tried to describe just how much Susan means to her. “I’m in love. And Susan really is the center of my universe,” Rachel said, her voice cracking. “The way I think about it is she is not the sun and I’m a planet that orbits her. That would give too much credit to the other planets. I think of it as a much more pitiful thing, that she is the planet, and I’m a satellite up there just beep beep beeping at her and blinking my lights and trying to make her happy.”

“I’m one of the lucky people on Earth who has a life like that,” she continued. “She is the center of my life. She’s the organizing principle of my life. My relationship with Susan at the end of the day is the only thing I would kill or die for without hesitation. And, Susan has been sick with COVID.”

4. She’s published several books. Susan’s photography collections have been published as books. Those include American Bond, Kilo, u.X, and Photographs, 2008. Their releases coincide with gallery exhibitions of the same names.

5. She nearly died from COVID-19. Rachel said in her broadcast that there was a very real fear that the coronavirus could kill Susan at one point during their two-week ordeal. “What you need to know is that whoever is the most important person in your life, whoever you most love and most care for and most cherish in this world, that’s the person who you may lose,” Rachel said.

“Or who you may spend weeks up all night freaking out about, and calling doctors all over the place, over and over again all night long, trying to figure out how to keep that person breathing and out of the hospital.” As of November 20, at least 251,000 people have died from COVID-19 and more than 11.7 million cases have been reported in the United States.