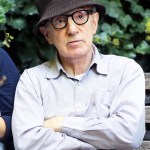 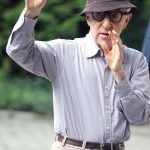 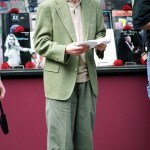 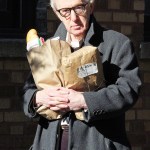 Her relationship with stepdad Woody Allen made her tabloid fodder in the 90s. With the release of ‘Allen v. Farrow’ Soon-Yi Previn is back in the news. Here’s what you need to know about her.

Soon-Yi Previn, 50, is back in the spotlight amidst the wait for the highly-anticipated HBO documentary, Allen v. Farrow. The documentary details the sexual misconduct allegations her younger sister, Dylan Farrow, made against her filmmaker stepfather-turned-husband Woody Allen. Soon-Yi is, of course, a central figure in the film, as are her many siblings and mother, Rosemary’s Baby star Mia Farrow. Here’s what you need to know about Soon-Yi, her life, and relationship with Woody before Allen v. Farrow premieres on February 21:

Soon-Yi and husband Woody Allen’s relationship was fraught with controversy from the very beginning. Woody was Soon-Yi’s mother’s longtime boyfriend, and the two began seeing each other behind Mia’s back when Soon-Yi was 21. The relationship went public in 1992 when Mia found nude photos of Soon-Yi in Woody’s apartment and promptly broke up with him after he confessed to having a sexual relationship with her daughter.

While Soon-Yi and Woody’s relationship became tabloid fodder for their father-daughter dynamic, Soon-Yi maintains that Woody was never in her life as a father figure, despite the fact that he adopted two of her siblings (including Dylan Farrow) during his relationship with Mia and fathered her younger brother, journalist Ronan Farrow, during that time. They got married in 1997 and adopted two children together: daughters Bechet Allen, now 22 and Manzie Allen, now 21.

Soon-Yi claims that she ran away from a terrible home in Korea when she was just 5 years old, and lived on the streets, starving, until she was picked up and taken to an orphanage. She was adopted when she was seven by Mia Farrow and then-husband Andre Previn. Soon-Yi alleged in a 2018 interview with Vulture that it was traumatic from the beginning, with Mia being harsh and allegedly abusive.

Soon-Yi Denies She & Woody Dated To Get Back At Mia

Soon-Yi called the allegation that she and husband Woody entered into a relationship to get back at her mother for allegedly abusing her “preposterous.” The couple have been together for over two decades at this point. “Would I be with him for over 20 years to get vengeance at Mia?”, she asked in her 2018 Vulture interview. “That’s what Mia must be most shocked about.”

Soon-Yi said that Mia and Dylan “abused” the #MeToo movement with their abuse allegations against Woody. The Annie Hall director has vehemently denied that he ever touched Dylan when she was a child, as the now 35-year-old has repeatedly claimed. Woody has argued that Mia “coached” Dylan to get back at him. “What’s happened to Woody is so upsetting, so unjust,” Soon-Yi told New York Magazine in 2018. “A whole new generation is hearing about [the allegations] when they shouldn’t.”

Yes, Soon-Yi Previn and Woody Allen are still going strong after 24 years of marriage. The couple are intensely private, rarely giving interviews, but they are often seen in New York City with their daughters. The couple have resided on Manhattan’s Upper West Side for the majority of their relationship. Woody said in his 2020 memoir Apropos of Nothing that their decision to get married in 1997 was for strictly “financial” purposes. Being so much older than his wife, he wanted to ensure that Soon-Yi and his daughters were financially secure in the event of his eventual passing.