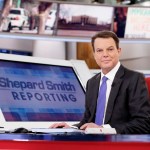 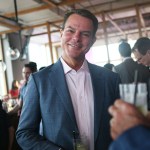 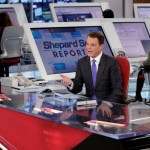 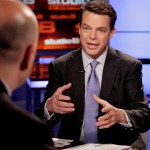 After announcing his departure from Fox News nine months ago, after over two decades on the job, Shepard Smith is now joining rival network CNBC. Here’s what you need to know.

UPDATE, 7/8/20, 3:30pm ET: CNBC announced that Shepard Smith will anchor a new one-hour evening news show starting in Fall 2020, called The News with Shepard Smith. Details about the show, which will air Monday through Friday, will be released at a later date. Shepard will also serve as Executive Editor of the show, as well as become CNBC’s Chief General News Anchor and Chief Breaking General News Anchor.

ORIGINAL: Shepard “Shep” Smith, 55, was a fixture at Fox News: the journalist had been on-air for 23 years, dating back to the network’s inception in 1996, and serves as the network’s Chief News Anchor. Shepard made headlines on Oct. 11, however, when he abruptly announced he was stepping down from his role and leaving Fox News altogether. “This is my last newscast here. Recently I asked the company to allow me to leave Fox News and begin a new chapter,” he explained to viewers on Oct. 11’s Shepard Smith Reporting.

Shepard was adamant that he was departing on his own accord, adding that the network requested him to stay — but ultimately “obliged.” He then thanked the network who he was “eternally grateful” to for the opportunity, and confirmed he was not leaving to go to a competing network due to his contract. Here are five things to know about the popular news anchor.

1. He was the face of Fox News. Shepard was a part of Fox News for over two decades, and appeared on several shows, including evening newscast The Fox Report with Shepard Smith, opinion/talk program Shepard Smith Reporting and was seen regular as an anchor on Fox News Channel. In addition to being on-air, he also served behind-the-scenes as the network’s managing editor for breaking news. Prior to his time at the conservative network, he got his start in local television in Florida in 1986, later serving as a correspondent for news magazine show A Current Affair in Los Angeles.

2. His departure was likely linked to Donald Trump. Shepard was personally named on Twitter by Donald Trump in a series of tweets detailing the President’s impeachment drama in October 2020. Trump appeared angry over a Fox News poll that showed that more voters favored his impeachment and potential removal of the president. “From the day I announced I was running for President, I have NEVER had a good @FoxNews Poll. Whoever their pollster is, they suck. With people like Shep Smith, @donnabrazile…@FoxNews doesn’t deliver for US anymore.”

Trump then added, “Watching Fake News CNN is better than watching Shepard Smith, the lowest rated show on @FoxNews.” While the network is widely considered to be pro-Trump, Shepard himself has been reserved when it comes to praising the President or his actions. Shepard’s also exit comes after he was reportedly warned by Fox News’ CEO and network president not to criticize the networks’ evening anchor Tucker Carlson ( Shepard called Carlson “repugnant” on-air after Carlson didn’t defend a Fox News contributor).

Watching Fake News CNN is better than watching Shepard Smith, the lowest rated show on @FoxNews. Actually, whenever possible, I turn to @OANN!

3. He’s in a relationship with a former Fox producer. Shepard has been dating Giovanni “Gio” Graziano, a former Fox Business producer, for several years and confirmed the relationship in April 2017. The confirmation also served as Shepard confirming that he is gay. “I don’t think about it,” he said. “It’s not a thing. I go to work. I manage a lot of people. I cover the news. I deal with holy hell around me. I go home to the man I’m in love with.” Gio got his start at the network over a decade ago, starting as a Production Assistant on Fox Report with Shepard Smith. Previously, Shepard was married to Virginia Donald from 1987 – 1993, but the couple did not haver any children.

…Court Justice & I turned him down (he’s been terrible ever since), Shep Smith, @donnabrazile (who gave Crooked Hillary the debate questions & got fired from @CNN), & others, @FoxNews doesn’t deliver for US anymore. It is so different than it used to be. Oh well, I’m President!

4. Shepard hails from Mississippi. Shepard was born in Holly Springs, Mississippi, to which is close to the southern border of Tennessee. His mother, Dora Anderson, was an English teacher, while his father, David Shepard, worked as a cotton merchant. As a child and teen, he attended Christian college prep school Marshall Academy, then went on to study journalism at University of Mississippi. He left the school two credits short of graduation.

5. He’s appeared in film and television. Shepard has appeared as himself in the Tommy Lee Jones flick Volcano, Sasha Baron Cohen‘s Da Ali G Show, in addition to a slew of talk shows.