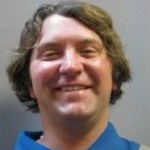 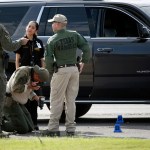 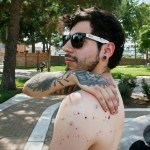 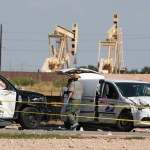 The suspect in the deadly Odessa, TX spree shooting that killed seven people and injured 22 more has been identified as 36-year-old Seth Ator. We’ve got five things to know about him.

While Odessa, TX Police Chief Michael Gerke refused to release the name of the suspect who allegedly killed seven and injured 22 in a spree shooting because he didn’t want him to get notoriety, law enforcement officials have told the Washington Post, CNN and other media outlets that he is 36-year-old Seth Aaron Ator. The City of Odessa’s spokeswoman later confirmed the ID in an email to the Midland Reporter-Telegram. Police say a state trooper pulled the suspect over during a traffic stop outside Midland, TX on the afternoon of Aug. 31 when he allegedly shot the officer. He then drove west to Odessa where he allegedly shot more people at random before being killed by police in a shootout. Here are five things to know about Seth Ator.

1. Seth was a truck driver who had reportedly just been fired.

According to his Linkedin profile, he was a truck driver for a living, based out of Midland, TX. The New York Times reported that he had just been fired from his job a few hours before the shooting spree took place.

2. Seth had a record for minor arrests.

He was arrested in 2001 for criminal trespass in McLennan County, Texas and evading arrest, according to public records. Both of those charges were misdemeanors, although the outcome of the cases were not clear and listed as deferred. He also received a traffic citation for a federal motor carrier safety violation in 2018, according to Ector County court records

U.S. Rep. Tom Craddick told the Midland Reporter-Telegram he had previously failed a background check, although it’s unclear what caused the red flag.

4. Seth was pulled over for a minor traffic violation when he allegedly began his shooting spree.

Authorities confirmed that he was pulled over by Department of Public Safety officers outside Midland for “failure to signal” when making a left turn in his gold Honda. They added there were no active warrants out for him at the time of the traffic stop. Officials said he allegedly used a AR-15 rifle to shoot one of the state troopers before driving west towards Odessa, allegedly shooting randomly at motorists and people on the street in a “drive by” style. The suspect allegedly then hijacked a mail truck, killing driver Mary Granados, 29, and continuing on the shooting spree. He was killed in a shootout with multiple police agencies behind an Odessa movie theater. Officials have said they still don’t have a motive for the suspect’s actions but are continuing to investigate what triggered the shootings.

Veronica Alonzo told CNN that she called the authorities on Seth last month after he allegedly came to her house with a large rifle and screamed at her for leaving trash in a nearby dumpster. She told the outlet that they never responded because Seth’s “property does not show up on GPS and is difficult to find.” The property is in a rural community about 15 miles from the movie theater where the suspect was killed. She added that Seth’s home had no running water or electricity.