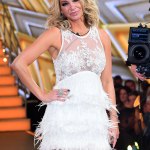 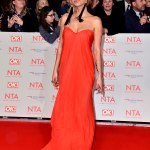 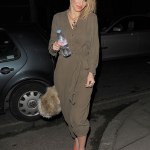 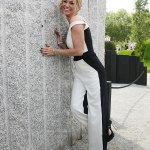 Sarah Harding has died after a battle with breast cancer at the age of 39. The Girls Aloud singer first revealed news of her diagnosis in August 2020.

Singer Sarah Harding has died at the age of 39 after a battle with breast cancer, her mother Marie has confirmed. The Harding matriarch shared the sad news that her daughter passed on the morning of September 5 on Sarah’s Instagram account on Sunday. “It’s with deep heartbreak that today I’m sharing the news that my beautiful daughter Sarah has sadly passed away,” Marie wrote. “Many of you will know of Sarah’s battle with cancer and that she fought so strongly from her diagnosis until her last day. She slipped away peacefully this morning.”

“I’d like to thank everyone for their kind support over the past year,” the message continued. “It meant the world to Sarah and it gave her great strength and comfort to know she was loved. I know she won’t want to be remembered for her fight against this terrible disease – she was a bright shining star and I hope that’s how she can be remembered instead.” The late singer first revealed the news of her diagnosis in a letter to her fans on Instagram last August.

“There’s no easy way to say this and actually it doesn’t even feel real writing this, but here goes. Earlier this year I was diagnosed with breast cancer and a couple of weeks ago I received the devastating news that the cancer has advanced to other parts of my body,” the Girls Aloud singer wrote on August 26. “I’m currently undergoing weekly chemotherapy sessions and I am fighting as hard as I possibly can. I understand this might be shocking to read on social media and that really isn’t my intention. But last week it was mentioned online that I had been seen in hospital, so I feel now is the time to let people know what’s going on and this is the best way I can think of to do so,” she continued.

The British-born star captioned a photo of herself sitting in a hospital bed. “My amazing mum, family and close friends are helping me through this, and I want to say a thank you to the wonderful NHS doctors and nurses who have been and continue to be heroes,” Sarah went on in her deeply emotional message, signing off with a positive affirmation. “I am doing my very best to keep positive and will keep you updated here with how I’m getting on. In the meantime I hope you’ll all understand and respect my request for privacy during this difficult time,” she posted. Learn more about Sarah Harding below.

1. She was in Girls Aloud. Sarah quickly rose to prominence when competing on the British reality show Popstars: The Rivals in 2002. Along with Cheryl Cole, Nadine Coyle, Nicola Roberts and Kimberley Walsh, the five women formed the highly successful pop group Girls Aloud. They were an immediate success with lead single “Sound of the Underground,” going onto release four follow-up albums. The group took a hiatus in 2009, and later reunited for their 10 year anniversary in 2012, but ultimately disbanded the following year.

2. She was from England. Sarah was born on Nov. 17, 1981 in Berkshire, England. After graduating from Hazel Grove High School, she studied hair and makeup. Later, she began performing in nightclubs — ultimately auditioning for Popstars in 2002.

3. She’s acted. When Girls Aloud went on a hiatus, the star turned her attention to the film and television world. She starred as character Jade Jennings in 2008’s Bad Day, also earning credits for films Run for Your Wife, St. Trinian’s 2: The Legend Of Fritton’s Gold, as well as a brief appearance on legendary British soap opera Coronation Street. Sarah was also in BBC’s TV movie Freefall, which aired in 2009.

4. She was engaged. Sarah got engaged in 2011 to celebrity DJ boyfriend Tom Crane after nearly four years of dating, however, the pair never walked down the aisle HELLO! magazine reported. She later dated producer Mark Foster, but they split in 2014.

5. She was on Celebrity Big Brother. Outside of her career in music and acting, Sarah also dabbled in reality television! She competed on the 20th season of Celebrity Big Brother and made it right to the end — claiming the winning title on day 25 in the house. On the series, she also struck up a romance with contestant  Chad Johnson, but the pair called it quits shortly after the show ended.