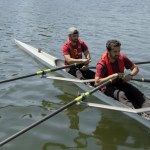 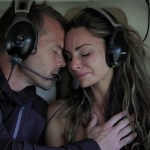 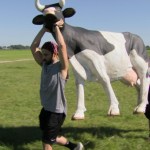 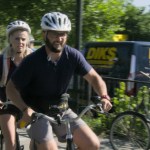 One of the contestants on the new season of ‘The Amazing Race’ is Ryan Ferguson, a man who spent a decade in prison after being falsely accused of murder!

The race is on! The Amazing Race kicked off its 33rd season on Wednesday (Jan. 5), introducing viewers to ten new teams that will travel around the world in hopes of securing the grand prize. One of the duos competing in this cycle is Dusty Harris and his best friend, Ryan Ferguson. While every contestant on The Amazing Race brings a compelling backstory to the table, Ryan, 37, is particularly noteworthy, having served ten years in prison for a murder he didn’t commit. As he and Dusty continue their race around the four corners of the globe, here’s what you need to know about Ryan.

1. Ryan Was Falsely Convicted Of Murder.

In 2001, Ken Heitholt – a sports editor for the Columbia Tribune – was beaten, strangled, and killed in the publication’s parking lot on Halloween night in Columbia, Missouri, per Newsweek. Two years after the murder, Charles “Chuck” Erickson claimed he had dreams about the crime but could not remember committing it. Chuck was at a Halloween party with Ryan at the time. He would admit to the crime while also implicating a then-19-year-old Ryan. This would eventually lead them both to be convicted of murder.

“We were best buddies, and then you get the carpet ripped out from under you when this crazy news hits,” Dusty Harris told KRCG 13. “We were literally inseparable best friends from 9th grade on until he was 19 years old, and then the wrongful conviction happened.” 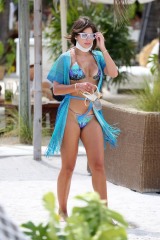 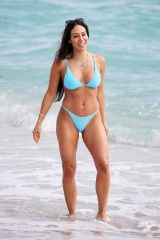 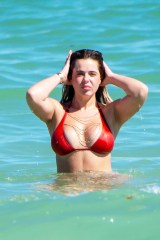 2. There Was No DNA Evidence Linking Ryan To The Killing.

There was no physical or DNA evidence that connected Ryan to Heitholt’s death. However, Chuck’s testimony, and a statement from Jerry Trump, a Tribune janitor who claimed to have seen both Ryan and Chuck at the scene, resulted in Ryan getting convicted of murder. Ryan was sentenced to 40 years in prison, while Chuck took a plea deal to get 25 years. Ryan always maintained his innocence.

3. He Served Ten Years In Prison Before Getting Set Free.

After a decade behind bars, Ryan finally got the justice he deserved. Kathleen Zellner – a high-profile attorney who has worked in wrongful convictions and represented Steven Avery, the subject of Netflix’s Making A Murder – worked to free Ryan. His conviction was ultimately vacated in 2013 after an appeals court ruled that the prosecutors withheld evidence, per Too Fab.

Plus, both Chuck Erickson and Jerry Trump recanted their testimonies. They said that the prosecutor, Kevin Crane, helped them with their testimonies, per KRCG 13. After Ryan was freed, he was awarded $11 million in damages from the city in a civil trial. He would collect $2.75 million in a settlement agreement. As of 2022, Chuck Erickson is still fighting to overturn his conviction.

4. Dusty Stayed By His Side Throughout The Ordeal

While Ryan spent ten years of his young life in prison, his friend, Dusty, stuck by his side and believed that his buddy was innocent. That’s why Ryan said he wouldn’t do The Amazing Race with anyone else. “The Amazing Race really provided us an opportunity to reconnect in a way that would have never been possible otherwise,” he told KRCG 13. “The competitiveness of it, the stress of it, it really just showed who we are as people because we supported each other so much.”

5. Ryan’s Story Was The Subject Of A Documentary

Ryan’s journey has been the subject of an episode of Dateline. He also shared his experiences in the 2015 documentary Dream/Killer. Ryan also teamed with MTV for Unlocking The Truth, a 2016 series about other allegedly wrongfully convicted prisoners.

“I feel for the other people who are still experiencing what I experienced. That’s always my first thought and last thought,” he said on the Reality Life with Kate Casey podcast. “Just knowing that we have a criminal justice in America, and it is not functioning properly. There’s no accountability for police and prosecutors when they do the wrong thing. My prosecutor is now a judge! It’s mind-boggling.”