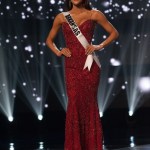 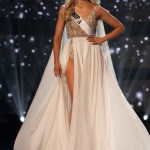 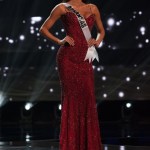 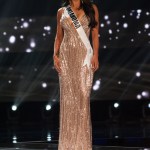 If you don’t know her name, you should! Miss Utah USA, Rachel Slawson will compete in the Miss USA pageant this Spring — making her the first openly bisexual contestant to compete for the crown! Learn more about Rachel as she prepares for the big stage.

Rachel Slawson is making history. The 25-year-old was crowned Miss Utah USA 2020 on Saturday, January 18, making her the first out contestant to win the coveted title. Rachel, 25, will continue on the same history-making path when she competes on a bigger stage in the Miss USA pageant this spring. Since its inception in 1952, Miss USA has never had an openly bisexual contestant, until now. Here’s five fast facts about Rachel!

1. Rachel Slawson is a model and actress from Utah. — She is represented by MMG model and talent management, and has starred commercials, movies and other campaigns. On her website, Salty Rachel, she includes her commercial for BMW, as well as her IMDb page, which contains her 2004 acting gig in the movie, Max Rules.

2. She was diagnosed with bipolar disorder after attempting to take her own life. — At 19-years-old, Rachel tried to commit suicide after she lost Miss Utah USA, she wrote in a candid post on Instagram just one day after winning the pageant. Rachel was crowned Miss Utah USA 2020 after competing in the pageant five times. “After a few trips to the psych ward, being diagnosed with Bipolar Disorder (the reason I had such an extreme reaction to losing a pageant) and finally coming to terms with who I am as a queer woman,” she wrote in part in the caption of a photo from the night she was crowned. As Miss Utah USA she plans to share her “truth.”

3. Rachel is a mental health speaker and suicide prevention advocate. — She works as a suicide prevention advocate for the Crisis Text Line and the American Foundation for Suicide Prevention. Rachel speaks out frequently about her own experiences, both good and bad with mental health struggles on social media. Her hashtag, #IAmWhy, promotes self-worth. Rachel has spoken about mental health at events, including the TEDxCitrusParkWomen event in California this on December 7, 2019. She’s focused on breaking down the stigmas surrounding bipolar disorder and other mental health issues, which she blogs about on her website.

4. She can sing. — Rachel has shared numerous videos of her singing and playing the piano on Instagram. She’s even writes her own original songs.

I’d like to dedicate this one to the haterz who say u “need” a mic stand. 🎙

5. Rachel was homeless at one point in her life. — In March 2019, she shared an Instagram video of her singing a song that she wrote while homeless. “I wrote this song when I was homeless. Nothing about being homeless feels ‘Instagram-Worthy,’ and the details of that experience still feels embarrassing to talk about,” Rachel wrote in the caption of the video.