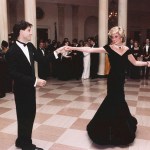 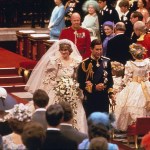 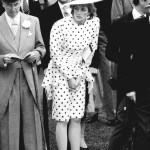 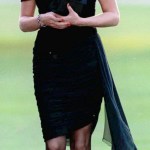 Princess Diana has made her royal entrance on Netflix’s ‘The Crown.’ Before you binge-watch season 4, here are the vital facts you need to know about the woman dubbed ‘the people’s princess.’

She was born Diana Frances Spencer, but the world came to know and love her as Princess Diana. Season 4 of Netflix’s The Crown – which details the life of Queen Elizabeth II – dropped on Nov. 15. This time around, the award-winning drama covers 1977 to 1990, including the royal marriage between Prince Charles (played by Josh O’Connor) and Diana (Emma Corrin.) Before getting your “British royal binge” on, here are a few vital details you should know about Princess Diana.

1. Why Was Princess Diana a Princess, not a duchess like Kate and Meghan? One question viewers might have is: why are Kate Middleton and Meghan Markle “duchesses” and not “princesses” like Diana? Technically, Diana wasn’t an actual princess. The title “princess” is reserved for biological descendants of the reigning monarch, which in this case, would be Queen Elizabeth II. It’s why Kate isn’t a princess, but her and Prince William’s daughter, Charlotte, is. When Diana married Charles in 1981, she was made “Princess of Wales,” a British courtesy title held by the wife of the Prince of Wales – aka Prince Charles.

For her to use the title officially, according to the Daily Express, she “would have been Princess Charles, taking the title from her husband.” Diana’s popularity with the British public resulted in her being christened “Princess Diana.”

2. How Did Diana and Prince Charles Meet? Diana was the daughter of John Spencer, the 8th Earl Spencer, so she was already part of the British nobility when she met her future husband. Oddly enough, Diana and Charles met in 1977, when she was 16, and he was 29 (and dating her older sister, Lady Sarah Spencer.) It would be three years before they would meet again. The two connected in 1980 at a Sussex polo outing, and it resulted in love. Charles proposed to Diana in February 1981, and they were married in July of that year.

3. Princess Diana’s Last Words Before Her Death? While the wedding was straight out of a fairytale, the marriage was not. In short, the 13-year-age difference and incompatibility led to affairs and unsuccessful reconciliations. Ultimately, Charles and Diana separated and finalized the divorce on Aug. 28, 1996.

Sadly, Princess Diana was killed on Aug. 31, 1997, slain in a car crash at the Pont de l’Alma tunnel in Paris. She and her partner, Dodi Fayed, were attempting to evade the paparazzi. Their driver, Henri Paul, lost control of the vehicle at the entrance of the tunnel. The car struck the right-hand wall before swerving to crash head-on with a pillar inside the tunnel. Dodi and Henri were killed in the crash. Sergeant Xavier Gourmelon, the firefighter who led the response team, said that Diana’s last words before she died were, “My God,’ what’s happened?” (per The Independent). She was taken to the Pitie-Salpetriere hospital but was pronounced dead hours later.

4. Where is Princess Diana buried? Diana’s funeral took place on Sept. 6, 1997, at Westminster Abbey. She was buried the same day on the grounds of Althorp Park, the Spencer family’s 13,000-acre home in Northhampshire, England. Diana’s body was interred on a small island surrounded by a lake. Her brother, Earl Spencer, told Newsweek in 2017 that the family decided to bury her there because it was the “safest place.” There were plans for Diana to be buried in the family tomb in Great Brington, a Northhampshire village, but there were concerns that graverobbers would disturb her remains. In 2017, her brother said there had been at least “four attempted break-ins.”

5. What Jewelry Did Prince Harry Inherit From Diana? Two decades after her tragic death and the public remains fascinated with Princess Diana. Her legacy of kindness and charity lives on through her two sons, and one doesn’t need to look further than Kate’s finger to see an example of such. When Prince William proposed to Kate, he did it with the same sapphire engagement ring given to his mother.

However, Diana’s sapphire ring was reportedly bequeathed to Prince Harry after her death. Diana’s former butler, Paul Burrell, said in The Diana Story that it was Harry’s idea for his older brother to use the ring when it came time to propose. “Harry said to him: ‘Wouldn’t it be fitting if she had mummy’s ring?'” Burrell says in The Diana Story, per Marie Claire. “Then one day, that ring will be sat on the throne of England. Harry gave up his precious treasure. His one thing he kept from his mother, he gave to his brother. That’s selfless, kind, and exactly who Diana was.”