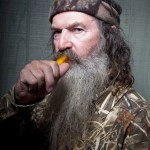 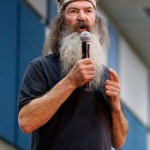 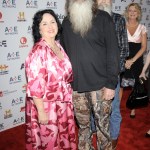 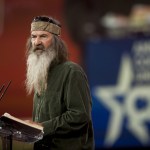 Phil Robertson, who has had a history of being controversial in the public eye, continued that trend after he made a shocking family confession.

Phil Robertson, who rose to fame many years ago on the A&E series Duck Dynasty, became headline news all over again when he made a major confession on his podcast in May 2020. The 74-year-old just discovered that he’s the father of a 45-year-old woman after having an affair during his 44-year marriage to wife Kay, 72. Their sons, Al and Jace, received a letter from someone named Phyliss who claimed to be their sister. The two men hid the note from their parents until they could verify that she was being legit. They enlisted the help of the podcast producers to see how they could get the DNA test done. Phyliss’ thoughts were right as the reality star patriarch revealed on his show that the test came back with a 99.9 percent match.

This is one of the many moments that Phil has had in the public eye over the past decade. Here are 5 other things you should know about the Louisiana native.

1: Change Of Career. Before Phil became known as a professional duck hunter, businessman and reality star he spent several years being a teacher. He also played football during his college years at Louisiana Tech University.

2: Problematic Thoughts. Phil caused a major ruckus when he said that homosexuality was sinful during an interview with GQ Magazine in January 2014. A&E quickly suspended him from the show before they lifted that 9 days later due to strong backlash from his supporters.

3: More Problematic Words. He continued to shock the public one year later during his speech at the 2015 CPAC (Conservative Political Action Conference) conference. One of the many jarring statements he made centered around his assertion that STD’s are the legacy of Nazis, Communists, Beatniks and Hippies.

4: Getting Political. Phil made a television commercial endorsing Republican candidate Vance McAllister who was running in Louisiana’s 5th congressional district in 2013. Vance eventually beat his opponent Neil Riser in a come-from-behind victory that many believed he got because of Phil’s support.

5: Change Of Mind. He initially endorsed Texas senator Ted Cruz for president in 2016. Once Ted dropped out he switched gears and backed Donald Trump.