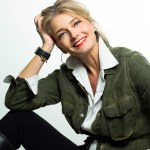 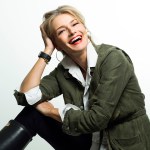 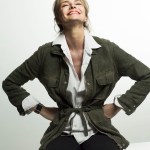 Supermodel Paulina Porizkova is speaking out for the first time since she was cut from her late husband Ric Ocasek’s will. The interview will air on CBS on March 1.

Five months after the passing of her late husband, supermodel Paulina Porizkova, 54, has revealed she felt “betrayed” after getting cut out of The Cars frontman Ric Ocasek‘s will. The rocker died at age 75 on Sept. 15, 2019, with his death ruled to be from heart disease and emphysema. Paulina found out the day after he died that Ric left her nothing in his will, despite being married for nearly thirty years. The pair wed in 1989, after meeting on the set of a music video, and announced their separation in 2018. However, they never divorced and were still married at the time of his passing. Paulina is speaking out about the heartbreak in her first TV interview with CBS This Morning co-host Anthony Mason. “It made the grieving process really, really tricky,” Paulina said in the interview that will air on the network’s Sunday Morning on March 1. “I would love to be able to be sad and miss him, and not also feel this incredible hurt and betrayal.” She also revealed that when she brought him his morning coffee and touched his cheek, realizing he had passed in his sleep, was “the worst moment of my life.” Here are 5 things to know about Paulina before tuning in to her interview.

1. Ric cut Paulina out of his will less than one month before he died. In paperwork obtained by Page Six in Nov. 2019, he wrote, “I have made no provision for my wife Paulina Porizkova (‘Paulina’) as we are in the process of divorcing. Even if I should die before our divorce is final…Paulina is not entitled to any elective share…because she has abandoned me,” he wrote. Ouch!

2. Paulina and Ric share two children. The couple have two kids, Jonathan, 26, and Oliver, 21. Paulina revealed that the boys designed their dad’s headstone. In a Jan. 16 Instagram post she wrote that it was, “being designed jointly by both of them: a fitting tribute to the father they adored.”

4. Paulina was fired from America’s Next Top Model. During a candid interview on The Late Late Show in 2009, she claimed she was “fired” from ANTM over the phone, and went on to feud with Tyra Banks for nearly a decade. Paulina was a judge on the reality show in 2008 and 2009, but was fired the day before her 44th birthday in 2009.

5. She had a tumultuous childhood. In 1968 her parents fled their native Czechoslovakia for Sweden, leaving three-year-old Paulina behind with her grandmother. She wasn’t reunited with her mom and dad for another seven years, at which time they had divorced. Although she had a difficult time adjusting to life in Sweden, she became a teen model and soon left to pursue a career in Paris and New York. And we all know that she went on to find success!